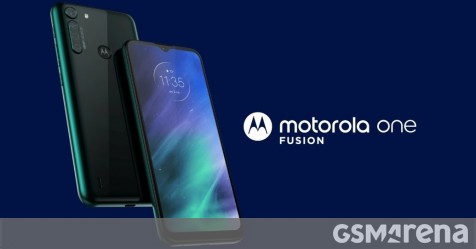 After unveiling the One Fusion+ earlier in the day last month, Motorola has announced the One Fusion. As evident from its name, the Motorola One Fusion is just a toned-down version of the Fusion+ and comes with a few downgrades and a more attractive price.

The One Fusion+ packed a 6.5″ FullHD+ notchless display and the non-Plus model retains how big the screen but its resolution is down to 720p and gleam waterdrop notch up top for the 8MP selfie camera which really is a downgrade from the Plus variant’s 16MP selfie shooter mounted on a pop-up mechanism.

The 64MP primary camera at the rear of the Fusion+ is replaced with a 48MP unit on the One Fusion, but the other modules remain the same – 8MP ultrawide, 5MP macro, and 2MP depth. 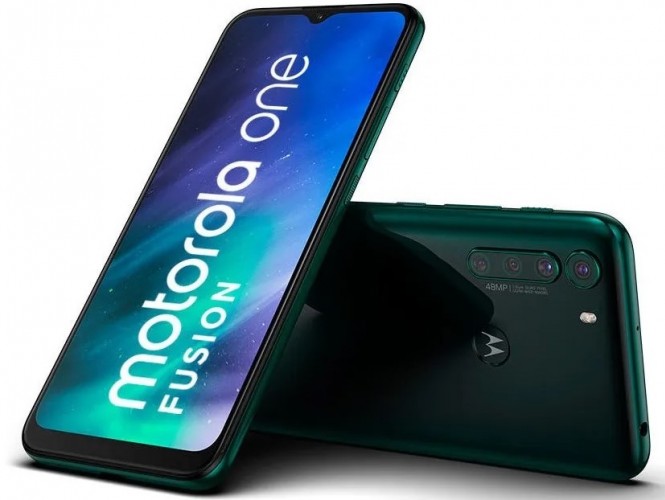 The Motorola One Fusion includes a Snapdragon 710 SoC at the helm and it runs Android 10 out from the box. The smartphone has 4GB RAM and 64GB storage up to speed and additionally, it comes with a microSD card slot for storage expansion.

Other highlights of the Motorola One Fusion incorporate a rear-mounted fingerprint reader, a separate Google Assistant button, a USB-C port, and a 3.5mm headphone jack. The smartphone is powered by a 5,000 mAh battery but its charging speed happens to be unknown.

The Motorola One Fusion is offered in Emerald Green and Deep Sapphire Blue colors. It’s priced at CLP199,990 ($250/€220) and is already available in Latin American countries.

The One Fusion will also get to Saudi Arabia and UAE next month. 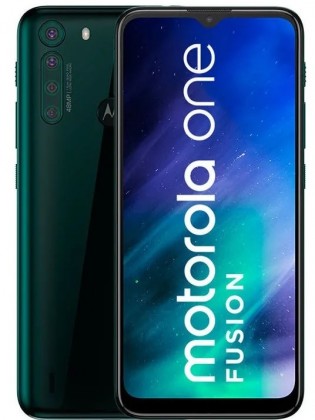 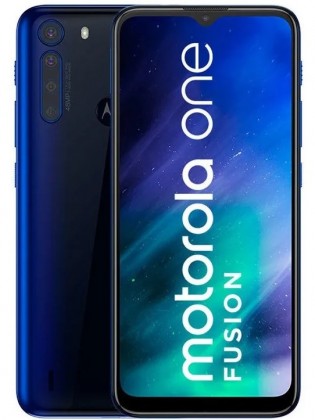 Whistleblower legal professional responds to Turley tweet: ‘I would take calls for to be...