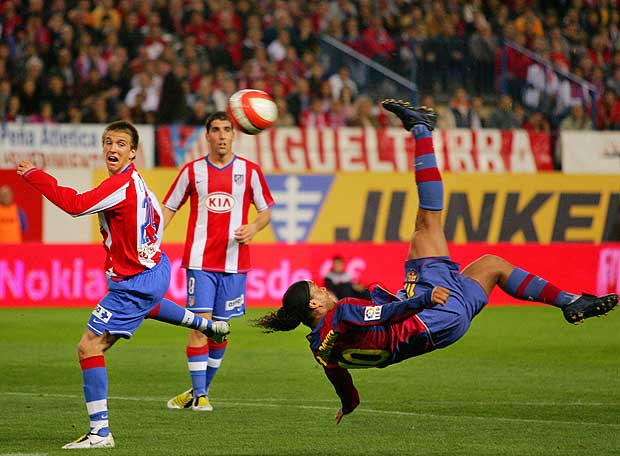 Although he declares himself very far from mythomania and fetishism, rummaging through the trunk of memories Carlos Moyà (Palma de Mallorca, 43 years old) mentions some of the garments he had in childhood, when he started giving his first rackets and dreamed of one day being what he later became. The Balearic, coach of Rafael Nadal, winner of Roland Garros (1998) and on his number one day (1999), told that he had the wooden Donnay of Björn Borg, the then futuristic Nike with velcro by John McEnroe or the classic T-shirt of rhombuses by Ivan Lendl. Nothing, in any case, like the picturesque polo shirt given to him by Stefan Edberg, the elegant Nordic who drew more-than-perfect foreshortenings flying on the net.

Edberg, as you know, was something like an Ali: not only did he play, but he exercised a tennis with an aristocratic profile, without great sweats or stains or fuss. The Swede, now 54 years old and happily sitting in the background of the media, fluttered like a butterfly and stung like a bee. “When I started watching tennis on TV, they only played Roland Garros, Wimbledon and the Davis Cup, little more. My earliest memories are of Borg, but very vague, and then I started to see the generation of the Connors, McEnroe, Lendl, Wilander … Later I followed Agassi, although that already caught me being older. But the one that struck me the most and the one that was my idol when I was little was Edberg, ”says Moyà over the phone.

I’ll stick with his style and his attitude on the track. You didn’t know if he won or lost

“There was also Emilio Sánchez Vicario, who was the Spanish benchmark, but the one who really hooked me was him. I loved seeing him and the style he had with the racket. I really enjoyed it, especially the rivalry with [Boris] Becker ”, continues the coach, who affects those duels at the dog’s face with the German, whose irruption meant a radical change in the circuit. The bomber arrived, and the rules changed. “It was his black beast, pure power. When he appeared, power began to prevail in service and forcefulness, but I was dazzled by Edberg’s class, ”he clarifies, citing next the overwhelming victory of the Swede over the American Jim Courier in the final of the 1991 US Open.

It was a 6-2, 6-4 and 6-0, in 2h 04m of pure teaching. “He got beaten up, and I have a lot of that game recorded,” says Moyà. The chronicles tell that that day Edberg hit the net 18 times, that his rival only managed to score nine points in the first set and that if any moment symbolizes that match it is the sixth game of the second, when the Nordic hit a deep right and Courier , furious, he replied with a setback to the limit of his forces. “I gave him all my desire and placed it right on his feet,” said the American then. But Edberg pulled out his top hat, muffled the violent blow with a subtle backhand volley, and the ball fell dead on the line, right where Courier, or anyone else, imagined it could land. “It was one of those shots that you could see Rod Laver in the videos of the seventies,” he resigned himself.

Moyà and Edberg share floor, 1.90 and 1.88 respectively. “But he was a little thinner than me,” adds the first. “And as for the game we had completely different styles, but perhaps that difference was what most attracted me to him …”, continues the Balearic. From different generations, the two met only once on the track. It was on May 30, 1996, in the second round of Roland Garros. “A priori I was the favorite, because it was the year of his farewell [Edberg tenía entonces 30 años, 11 más que él] and I was already 20th in ranking; he came from making semifinals in Barcelona and final in Munich, where he had beaten Muster; it was my first Roland Garros and in the first round I had beaten Rafter; We played on clay and five sets, so … “, recalls Moyà.

“He beat me 6-2, 6-2 and 6-1 in the central. He gave me a free class at the Chatrier. Having him in front impressed me a little. It was not easy to assimilate and, in fact, I played fatal, very self-conscious about the whole situation, ”he continues. “I am left with his elegance and his behavior. He was very quiet on the track and always acted exactly the same, whether winning or losing. He played in such a way that you did not know if he was winning or losing. His serve-volley was spectacular ”, continues the Majorcan, who years later would also coincide behind the scenes of the circuit with his idol, the champion of hairstyle and classic pose, son of a Vastervik policeman.

Then I really liked Agassi’s rebellion, he was a transgressor, a revolutionary

Racket heartthrob Edberg raised six Grand Slams after playing eight grand finals: two Australian Open (1985 and 1987), two Wimbledon (1988 and 1990) and two US Open (1991 and 1992). Only Paris resisted him, because Michael Chang defeated him in the 1989 final. He closed his career with 41 individual titles and 17 doubles, and previously, as a junior, he became the first player in the category capable of completing the Grand Slam; that is, to win all four majors in the same year. He also reached world number one three times and defended it for 72 weeks between 1990 and 1992.

“He is a very sober, very quiet guy. Off the court it’s exactly the same as when he played. I also had the opportunity to play with him in a veterans game, and it was a nice experience. Then when I was training Federer [en 2014 y 2015] We also used to agree, although he is not especially talkative and neither am I. Even so, I think he knows of my admiration, ”says Moyà, who as he grew up began to look at himself in another mirror. “Then Agassi’s rebellion threw me, how transgressing he was. It was a revolutionary appearance. I bought the jeans he was wearing, his sneakers … and I also played with a scarf, like him. It was groundbreaking. In a way, I felt identified with him ”, concludes the extenista, inspired by two antagonistic models: dandy to pop. “But Edberg came first.”