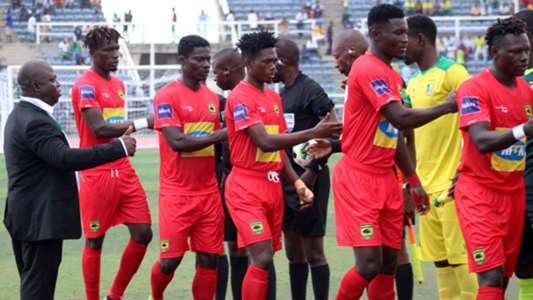 Adu is really a member of a fresh 12-man board constituted by club life patron Otumfuo Osei Tutu II.

“After the third meeting of the board, we decided that since the old management have been dissolved, we shouldn’t enable the team to follow along with,” Adu, who early in the day revealed the club are in no hurry to appoint a substantive CEO, explained to Kotoko Express App. His appointment as new CEO was announced on Tuesday evening.

“The day-to-day administration of the club ought to run and the board made a decision to appoint me as the acting manager pending the appointment of a substantive Chief Executive Officer to man the affairs of the club.

“The Board decided to form a five-member Interim Management Committee (IMC) with me as chairman and acting chief executive officer, lawyer Kwamina Mensah (secretary to the Board), Evelyn Nsiah-Asare, Dr. Kofi Amoa-Abban and Martin Osei Kwaku Brobbey.”

Kotoko are arguably Ghana’s biggest club and the most successful in the real history of the Premier League with 23 titles.

“To be frank, Kotoko, as we see it outside, is a big club but coming to the office today, I have to confess I’m a little bit disappointed because the office is not even ready to accommodate a Chief Executive as of now. His office is as hot, so I have to come and sit in the conference room,” Adu said of his first day at the office on Tuesday.

“The staff are also telling me that a lot of of the machines that they’re using aren’t in sound condition and are perhaps not serviceable. I’ve requested they put together each one of these requests and so i forward it to the board to obtain new machines to run the club.

“We are in a contemporary world; it isn’t like the old times. We have to go hi-tech. We will request the board to assist in acquiring most of the equipment needed.”

Kotoko have also won the Ghana FA Cup on nine occasions and the Super Cup 3 x.

On the continental level, the Porcupine Warriors ruled Africa in 1970 and 1983.

Maren Morris dubbed ‘great mom’ by husband after fans slam her for pic of...