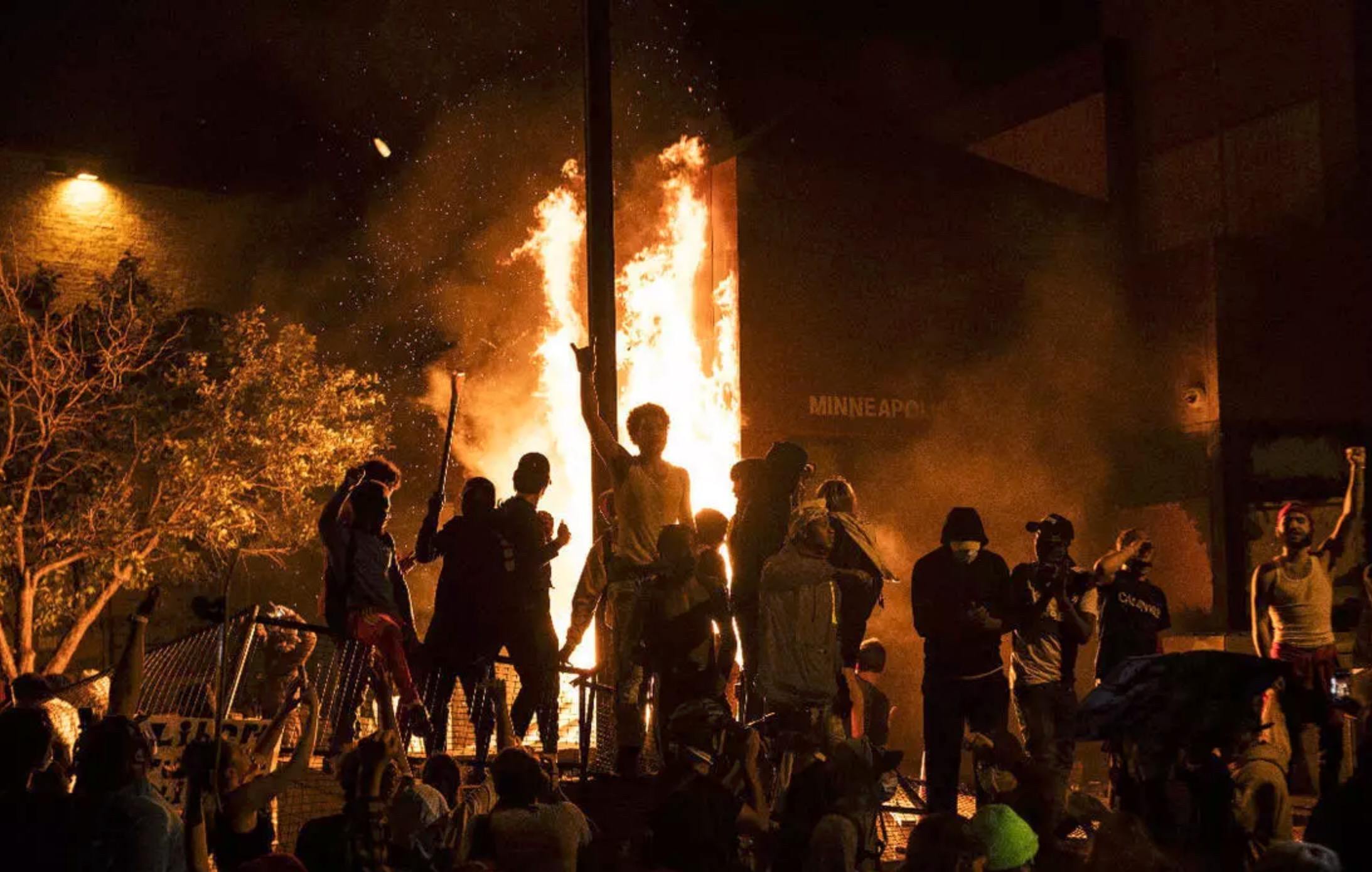 According to a brand new poll, one in three voters believes that America could face another civil war in the future as unrest over racial tension, police brutality and the 2020 presidential election continues around the world.

A Rasmussen Reports poll released Monday showed that 34 percent of likely voters think that next five years, the United States might have a second civil war. Nine percent said it is “very likely.”

Rasmussen noted, “This compares to 31 percent and 11 percent respectively two years ago.”

RASMUSSEN POLL: 1/3 OF AMERICANS BELIEVE A CIVIL WAR CAN HAPPEN IN THE NEXT 5 YEARS. https://t.co/JVDpwNdujE

When taking a look at party divisions on this question, 40 % of Republicans said another civil war was “on the horizon,” while only 28 % of Democrats agreed. Meanwhile, 38 % of Independent voters believe another U.S. civil war is achievable.

Rasmussen reported, “Thirty-nine percent (39 percent) of all voters believe the removal of Confederate symbols, names and monuments throughout the country honoring those who fought in the first civil war will help race relations. Twenty-seven percent (27 percent) disagree and think it will hurt race relations instead.”

39% of all voters believe removing Confederate symbols, names and monuments through the country honoring those who fought in the very first civil war will help race relations… https://t.co/8uuh52t0B3 pic.twitter.com/o8opxaGc3u

“These numbers are reversed from August 2017 when 28 percent said removal of the symbols would help race relations, while 39 percent thought it would hurt instead,” Rasmussen noted. “Little changed is the 28 percent who think the removal of public traces of the Confederacy will have no impact.”

Rasmussen continued, “Women and those under 40 are more supportive of the current anti-police protests and the anti-Confederacy drive than men and older voters.”

“Younger voters worry most about another civil war,” Rasmussen noted. “Just 29 percent of blacks believe the current protests will lead to long-term, meaningful racial change in America, compared to 35 percent of whites and 48 percent of other minority voters.”

Only 25% believe race relations are receiving better, while 43% say they’re getting worse. This compares to 30% and 41% at the start of the year… https://t.co/W99RoEtGfZ pic.twitter.com/hbp6nZSEg0

As for voters attitudes divided by race, Rasmussen reported, “Blacks (54 percent) are far more confident than whites (36 percent) and other minorities (40 percent), however, that the removal of Confederate symbols, names and monuments will help race relations.”

As for voters who think taking down Confederate symbols and erasing that history will hurt race relations, a full half – 50 percent – believe a civil war is possible within the next half decade.

Rasmussen’s survey took place between June 11 and 14, where 1,000 likely voters were polled, with a  margin of sampling error of plus or minus 3 percentage points.

Realme X3 and X3 SuperZoom launching in India on June 25, Buds Q may...