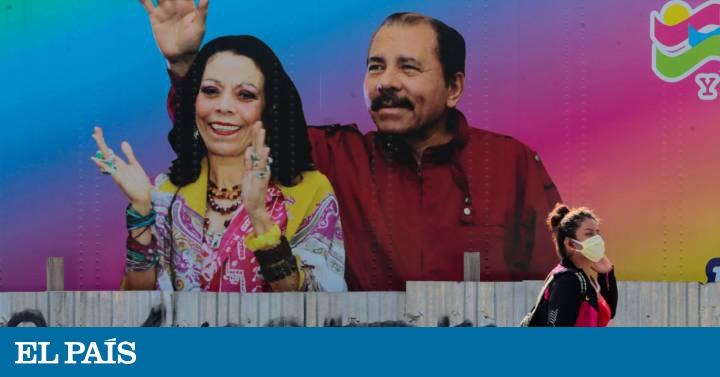 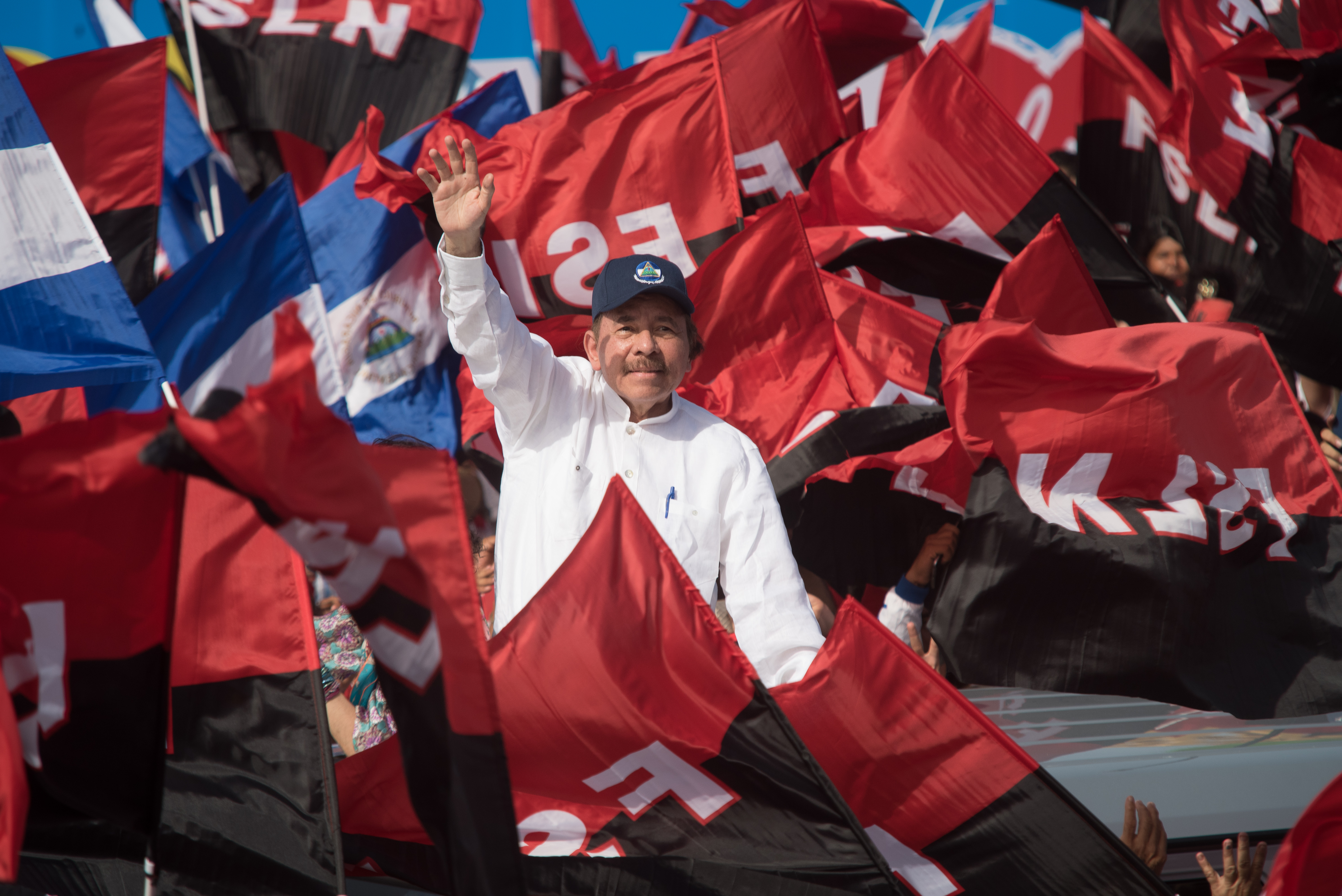 The April 2018 rebellion challenged the iron hand with which the Daniel Ortega regime had held power for eleven years, starting in January 2007 with the return to power from which the FSLN had been separated by seventeen long years when he lost the elections in 1990 to an opposition coalition sponsored by the US government. Ortega had been part of the nine leading commanders of the Sandinista guerrilla that overthrew the dictatorship of Anastasio Somoza Debayle in July 1979 and had occupied a prominent place – first as a member of a government junta and later as president-elect – in 1979- 1990, the first period of FSLN rule.

Although led by university students, the April 2018 uprising was plural in its composition of educational levels, social classes and unions. Self-convened, they baptized themselves the multiple faces of the revolt, distancing themselves from the movements that have followed the guidelines of a “vanguard”, as established by Leninist theory. And they were so much so that from there they derived their strength and ubiquity, and their organizational weaknesses. Curiously, the initial spark of such a multiform movement was a modest sit-in protesting the social security crisis, whose coverage is limited to a very urban fifth of the economically active population.

It was obvious that the protest attracted a diverse group of aggrieved: peasants threatened by expropriations in the interest of the canal concession to Chinese magnate Wang Jing, politicians with careers cut short by the corrupt management of the Supreme Electoral Council, the feminist movement outraged by the anti-abortion law passed and many more. But the social security crisis also mattered – and a lot – because Nicaragua was enjoying a demographic bonus that should be the engine of the economy and the solvency of social security, based on a population pyramid with many active contributors and relatively few retirees. Ortega received the finances of social security with a surplus of around sixty million dollars that led to a deficit of about ninety million dollars.

How could you reverse this situation in just a decade, and do it in the midst of a relative boom? Ortega gave the funds a double populist use: he inflated the administrative bureaucracy of security and multiplied benefits and other expenses. Everything to seal alliances and bulge your clientele. The coup de grace, which is due to its forcefulness, has been the placement of funds in low-return investments: loans granted to Sandinista entrepreneurs – sometimes from Ortega’s most intimate family circle – suffering from the persistent concrete fever that he attacked them at the sight of money and cheap supplies.

The uprising paralyzed major cities, most universities, and land freight traffic. Little or nothing has been said that in some smaller cities, communes ruled by the rebels emerged during the weeks that their inhabitants lived on the steely edge of history. The regime panicked and reacted with a bullet storm. At the cry of ‘Let’s go with everything’ and in the face of the police inability to subdue the insurgents, Ortega and his wife and Vice President Rosario Murillo – both mounted, mounted so much – dusted off, organized and gunned down a group of old militants with military experience acquired in the eighties. The zeal for the defense of the revolution and the dose of sadism that arises when it is possible to exercise it with the guarantee of the most absolute impunity resulted in a bloody repression that left a balance of about four hundred assassinated and seven hundred political prisoners.

The goal was to produce insoluble and instantaneous normality. They failed: an exile of tens of thousands of people drained production and consumption, formal employment plummeted further exacerbating the social security crisis, almost a third of deposits in the financial system flew to gentler nests, The same as investment and tourism, and severe sanctions were first dropper and then with greater volume and forcefulness, to the point of disabling the ALBA partner oil company and the national police as financial actors. Nor was normality achieved because the repression continued with the dismantling of NGOs and the media, and with the kidnappings and murders of dissidents.

The wishes of Ortega and Murillo were not fulfilled. But neither do the forecasts of the opposition. Sandinismo was sustained. “The last days of the dictatorship” – a phrase that many of us said and wrote hundreds of times – are counted for years. So a key question is: How is it that this regimen has acquired such poor iron health? The flight of savings was a powerful argument to predict an imminent end to Ortegaism. A third of the savings! However, if we study the historical series of deposit growth, the leakage only takes us back to the situation of 2013 or shortly before. It is not a catastrophe. In addition, deposits have grown again. Nicaragua’s high position in the ranking of money laundering endowed the financial system with ever-flowing liquidity. Links with Venezuela – the underground ones, not the oil loans that no longer flow to Nicaragua – are the hidden source that flows and runs even at night.

That financial element is a material basis sine qua non, a pillar of the system. But as much or more important is the functioning of the system itself, whose scrutiny – how sorry I am – does not reserve us any news. All his features are portrayed in one of the most unjustly forgotten works among the stories about Latin American dictators: Dog deaths by Francisco Ayala. A key factor of the regime is its composition based on hundreds of the typical Don Nadie, “which were made by him –of Bocanegra de Ayala, of the Ortega-Murillo pairing of Nicaragua– from head to foot: omnipotent under his cloak, and rats dead on the street. ” Inepts who make up the court of Ortega will fight until the last minute to prop up their leader because without him they would stop earning the 5,000 dollars that nowhere else or circumstance would pay them for their poor, null or crudely Polish services. If the winds change, they have the chance to change their jackets, confident of that mixture of mercy and amnesia that many peoples suffer. So the US sanctions, although they have shaken the tree, do not pluck its fruits. Major defections are counted on the fingers of one hand.

The other key factor in the regime’s longevity has been its distribution of benefits, as Chávez and Maduro did in Venezuela. They have created a new elite of generals who leap from the Army to serve as ministers. With the crackdown, they also got their share of bloodshed and now they have a combination of pecuniary interests and fear of the courts. So the appeal to the army has not worked. Neither Ortega nor the military are interested in the golden bridge that the United States, the OAS and even a sector of the opposition have repeatedly offered them.

It is true that in the heat of the revolt the regime lost the alliance with the traditional elite. But the elite materially needs orteguismo and not the other way around. He has maintained a relationship with Sandinismo similar to that which aristocratic botaratas maintained with hard-working bourgeois in Balzac’s novels: the aristocrat only contributes the luster of his title and parasitizes the bourgeois to maintain his standard of living. Ortega needs the approval of the business community, but this urges him the profit opportunities that Ortega offers him. Perhaps that arrangement can last a short time, especially now that the two tax laws passed after the rebellion punished all pockets and consumption plummeted.

In this context, the regime’s indifference to the coronavirus and its promotion of marches that maximize contagion have received various malevolent interpretations: Ortega seeks to manufacture a demographic bonus allowing the virus to eliminate retirees who are the greatest burden on social security, it needs to deepen the crisis to obtain external debt relief, or, in the least optimistic case, it wants to shake off the sanctions. Now that his brother Nicolás Maduro is facing a new onslaught from the US government, he is urged to find another way to improve the finances of a state that is sustained by an expensive and ever-growing police and military apparatus.

José Luis Rocha He is an associate researcher at the Central American University “José Simeón Cañas”.

Warnings of ‘Volcanic Tsunami’ After Eruption in the Philippines