Home Politics ‘Not Going to Happen’: Donald Trump Promises He Will Protect Statues Of... 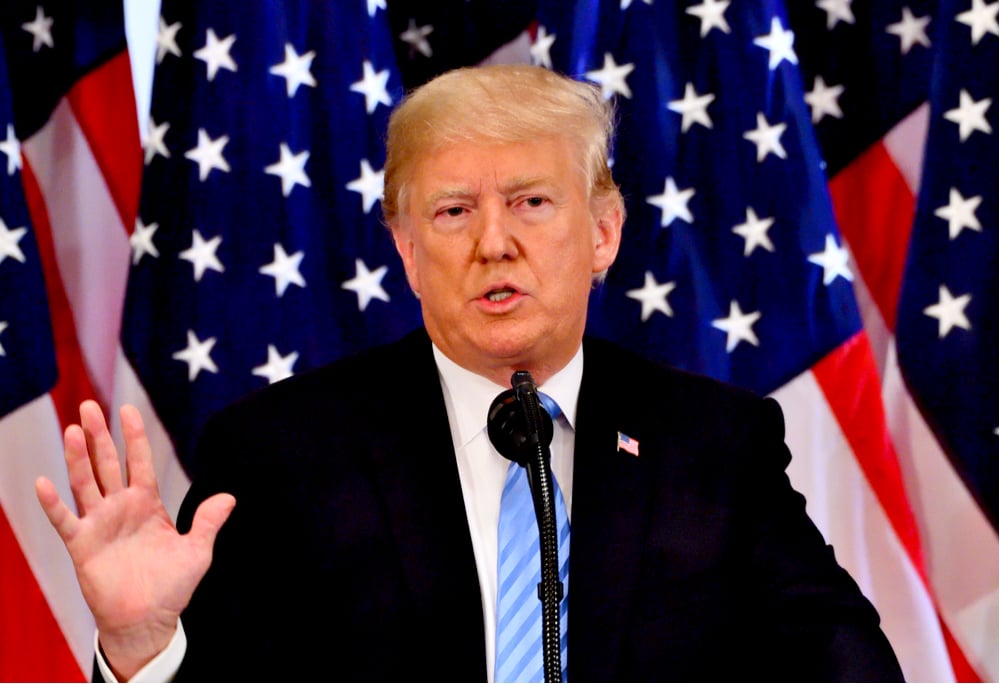 On Wednesday, President Donald Trump said he would protect statues of Jesus Christ as well as statues of the Founding Fathers from “woke” mobs trying to destroy them.

On Monday, Activist Shaun King said that statues of Jesus and the Mother Mary should be taken down because they were “a form of white supremacy.”

President @realDonaldTrump on the destroying of statues: “Not going to happen while I’m here.” pic.twitter.com/l4bguSWJix

Trump spoke about statues and monuments at the White House during a press conference with Polish President Andrzej Duda.

Duda said abour the controversy, noting that the statue of Polish-US hero Tadeusz Kościuszko in Lafayette Square was vandalized by left-wing mobs.

“That was outrageous for a big number of Polish people,” Trump said.

Trump speaks again against attempts to remove various statues, this time mentioning how he’ll stand up for statues of Jesus Christ. (There was a fair bit of conservative media coverage of Shaun King calling for statues depicting Jesus as white to come down.)

The president previewed an executive order that would allow existing laws to protect monuments at the end of the week. Trump cited the Veterans’ Memorial Preservation Act that already allows for up to ten years in prison for attacking a monument to America’s veterans.

“Ten years is a long time to have fun one night,” the President said.

Very sad to see States allowing roving gangs of wise guys, anarchists & looters, many of them having no idea what they are doing, indiscriminately ripping down our statues and monuments to the past. Some are great works of art, but all represent our History & Heritage, both….

Trump: ‘I think many of the people that are knocking down these statues don’t even have any idea what the statue is, what it means, who it is’

Trump stated that the violent rioters were clueless about why they wanted the statues demolished.

“I think many of the people that are knocking down these statues don’t even have any idea what the statue is, what it means, who it is,” Trump said.

Taming of the Hound of Hounslow: He’s the brilliant ‘savant’ who cheated Wall Street...

Facebook and Google in Talks With Washington to Track Infections: Reports

‘We Already Have One Mitt Romney, We Don’t Need Another’