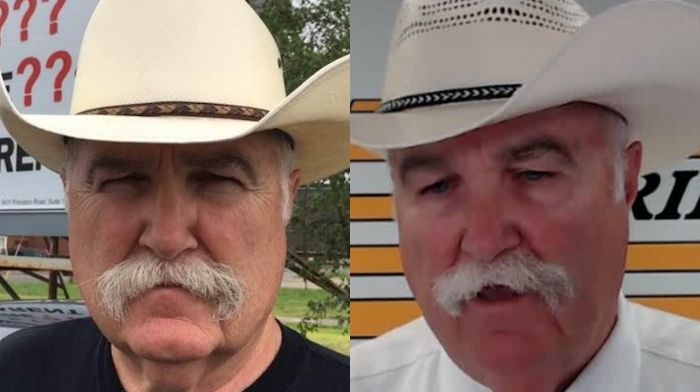 A no-nonsense sheriff from Ohio spoke from Wednesday to defy his governor’s new social distancing rules in response to the coronavirus pandemic, saying he refuses to function as the “mask police.”

Butler County Sheriff Richard K. Jones explained why exactly he has no intention of enforcing the brand new order by Republican Governor Mike DeWine during an appearance on CNN.

“I’m not going to be the mask police,” Jones told host Brianna Keilar. “I’m telling people don’t call 911. All the police have been decimated as far as being laid off, having budgets cut, and I am not going to enforce the mask wearing.”

The sheriff continued to say that while that he wears a mask and washes his hands, that he doesn’t think the government should get involved in forcing people to accomplish that.

“I believe you and the media are confused!” Jones fired back when Keilar tried to press him on statistics about COVID-19 cases.

“In addition to social distancing and reducing unnecessary interactions with others, we know that wearing a mask helps protect others in the community,” DeWine had said of the order. “It has been, and remains, a very strong recommendation that I urge all Ohioans to continue doing even if you are not in a red-alert county.”

Daniel Tierney, a spokesman for DeWine, told The Hill that local health departments will be enforcing the new order, with police force only getting involved under “extreme circumstances,” like when somebody who has tested positive for coronavirus is not wearing a mask in public.

“We don’t expect criminal prosecutions,” that he said. “Ohioans have done a great job of following health protocols. We’ve strongly encouraged wearing masks throughout that process, and a number of residents have.”

DeWine will be reassessing this order, which doesn’t apply to young ones under the age of 10, every week. This comes after there have been more than 58,000 confirmed COVID-19 cases in Ohio, with not exactly 3,000 confirmed and probable deaths caused by herpes that has wreaked havoc on the world.

This piece was written by PoliZette Staff on July 9, 2020. It originally appeared in LifeZette and can be used by permission.