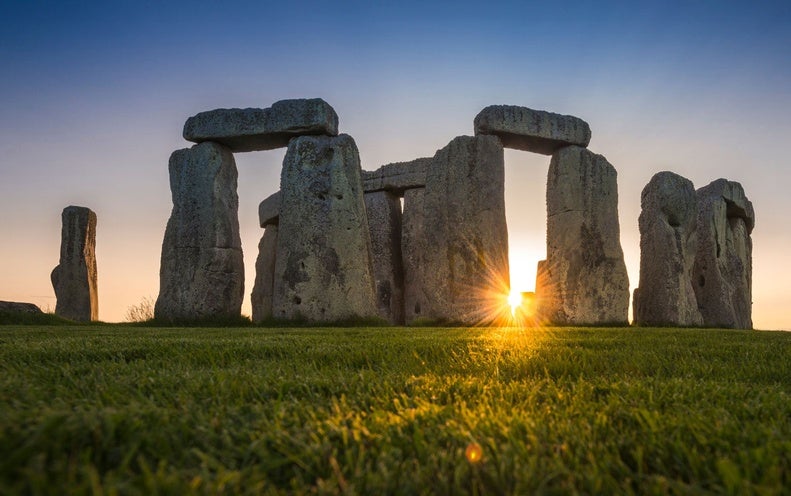 For more than four centuries, archaeologists and geologists have sought to determine the geographical origins of the stones used to build Stonehenge thousands of years ago. Pinning down the source of the large blocks known as sarsens that form the bulk of the monument has proved especially elusive. Now researchers have resolved the mystery: 50 of the 52 extant sarsens at Stonehenge came from the West Woods site in the English county of Wiltshire, located 25 kilometers to the north of Stonehenge. The findings were published on Wednesday in Science Advances.

Geologists can often use macroscopic and microscopic features of rocks to match them to the outcropping from which they were taken. Such techniques have allowed researchers to determine that many of Stonehenge’s smaller “bluestones” were brought from southwestern Wales. But “the trouble with sarsen stone is that it’s all the same,” says study co-author Katy Whitaker, a graduate student at the University of Reading in England and an assistant listing adviser at Historic England. “When you look at it under the microscope, you see quartz sand grains stuck together with more quartz.” So the team turned to x-ray fluorescence spectrometry, a nondestructive technique that bombards a sample with x-rays and analyzes the wavelengths of…

Encryption software for dissidents could be collateral damage of budget fight

Coronavirus has killed the idea of open borders, but Democrats still want them