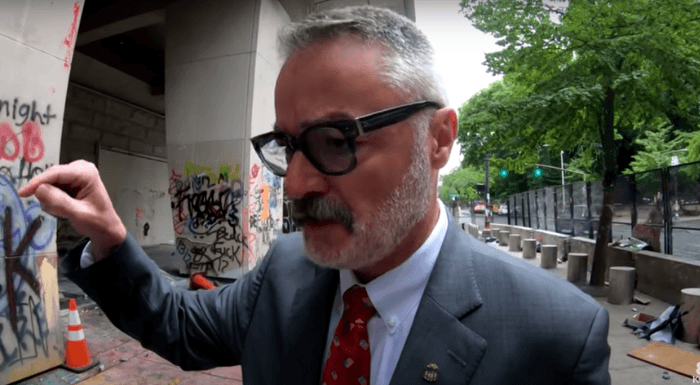 In an interview outside of the Mark O. Hatfield U.S. Courthouse in Portland, a reporter asked Williams, “So, we’re going back to how you were talking about this is shadowing the overall message about black lives matter, right? You feel like the late night demonstrations are taking away from the fight for racial justice?”

RELATED: Pelosi Shrugs Off Columbus Statue Destruction, Is Accused Of Being ‘Complicit With Criminal Activity’

Oregon chief: ‘This is criminal activity’

“What you have failed and the media have failed to distinguish, between, you seem unwilling to call people engaged in criminal conduct, as criminals, as opposed to lawful protesting,” he said.

“This is unlawful,” Williams continued. “And people, whether you’re an opportunist, an antagonist, an agitator, or an anarchist, call it out for what it is.”

Why doesn’t the msm show this chaos? As Portland PD…

COP25 In Madrid Came To A Close With A Compromise Deal

Steve Irwin’s Son Looks Exactly Like Him In This Pic, And It’s Blowing Fans’...