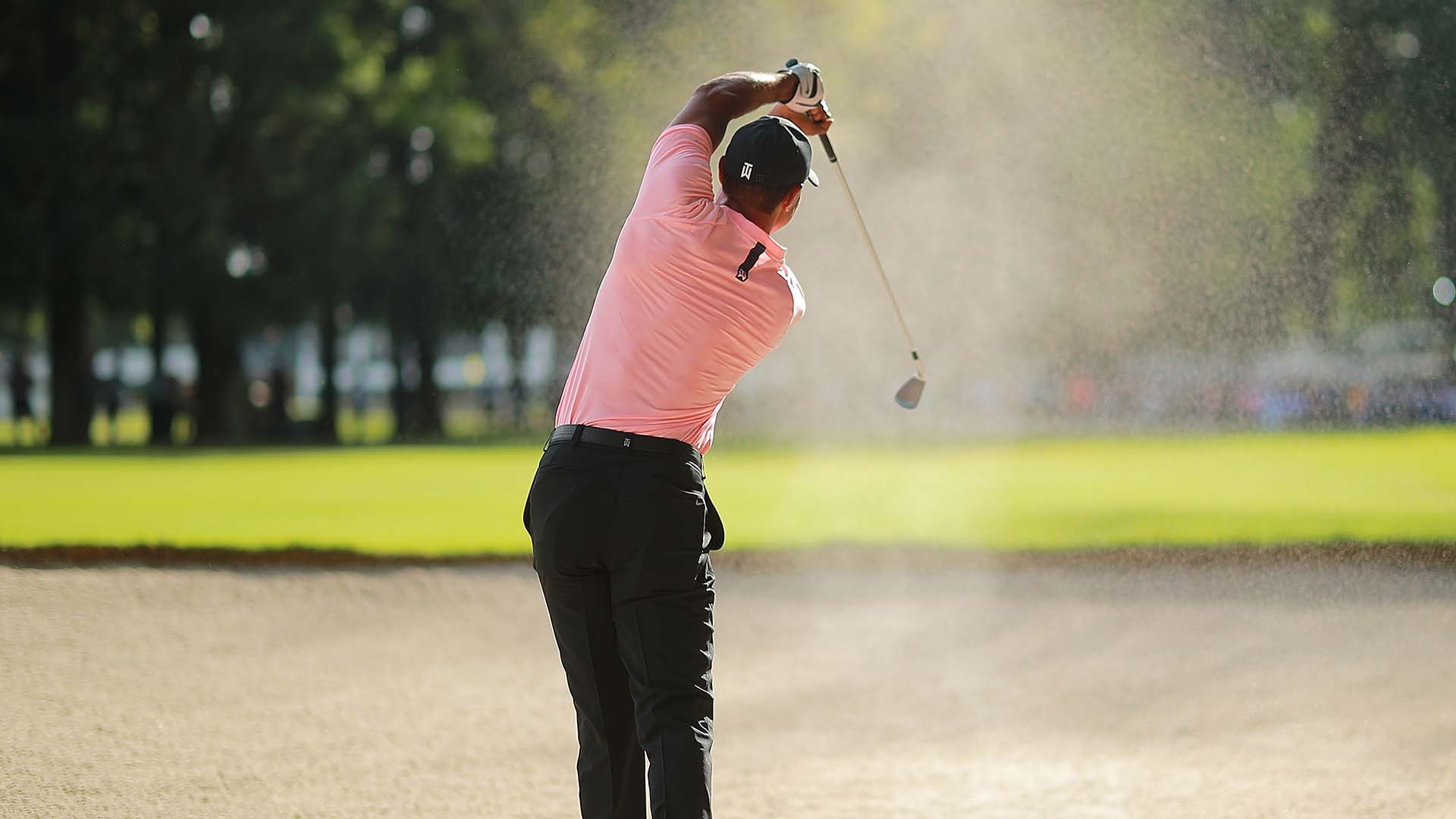 Tiger Woods isn’t in the area today at the WGC-Mexico Championship, so he will not reach see the brand-new plaque installed to honor his bunker shot from in 2015’s occasion at Chapultepec Golf Club.

In a photo published by the European Tour, the plaque seems situated simply outside the appropriate fairway bunker at the par-4 9th opening, where Woods managed an unbelievable 136- backyard shot with a 9-iron that cut around a tree and also rotated laterally to 12 feet.

Though Woods missed out on the birdie putt– and also later on ended up T-10, 13 shots back of champion Dustin Johnson– the training course regarded the shot worthwhile sufficient for some irreversible equipment.

Here’s what Woods needed to state regarding the shot: “The ball was sitting down just enough where I didn’t think I could clear that tree. I also had 130 yards, but it’s hard to get it up when the ball’s sitting down like that. So I went back to try to cut it with an 8-iron and then I realized that’s going to come out too hot; it’s going to miss the slope. I ended up going back to the 9-iron and I realized, ‘Jeez, I’ve really got to slice this thing. So I opened up and gave it as much of a cut motion as I possibly could and it worked out.”

The shot was so wonderful that also Woods’ fellow pro, Matt Wallace, required a plaque be placed in the bunker.

Wallace was listened to; simply a year later on, he obtained his dream– well, kind of.

Here’s a Golf Advisor listing of some of one of the most noteworthy plaques.

India denies visa to US govt panel, says foreign entities have no authority to...

Breaking down each NFL team’s strength of schedule this season