Home Politics Premarket stocks: California’s new lockdown could be brutal for the economy 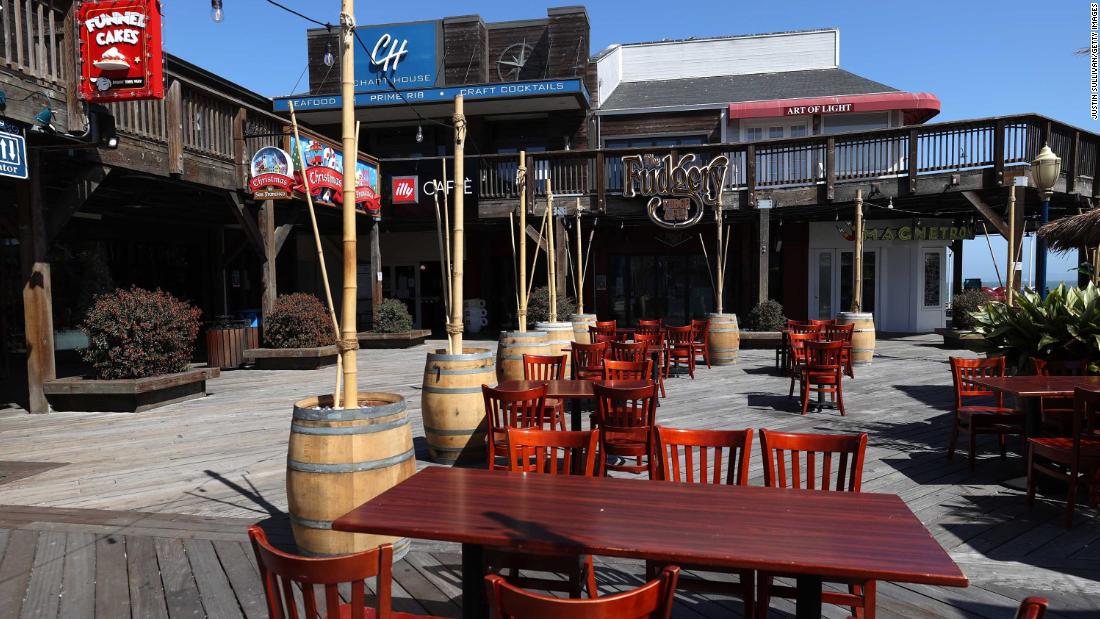 On its own, California is the fifth largest economy in the world, according to World Bank data. That means fresh lockdown measures in the state are a huge blow to the economic outlook, both in the United States and globally.

The governor’s announcement weighed on stocks Monday. The S&P 500 at one point was up 1.6% and briefly turned positive for 2020, but sank about 0.9% by market’s close.

Still, the decline seems muted when considering California’s heft. US stocks ticked up again in premarket trading, and the S&P 500 remains 41% above its March low.

Not just California: Restrictions are also being tightened in other US states, including Oregon and New Mexico. And they’re returning in Hong Kong, where Disneyland is closing again as the government tightens social-distancing measures.

In the United Kingdom, GDP data for May disappointed, with growth remaining extremely depressed. Economic output rose just 1.8% following a record contraction of more than 20% month-over-month in April.

Kallum Pickering of Berenberg Bank notes that there’s no need to panic yet — large parts of the UK economy remained locked down in May, as the country’s reopening lagged behind Europe. But the data is a warning that policymakers need to “remain aggressive in their efforts to stimulate demand,” he said.

Banks brace for a wave of bad loans

Before the pandemic, America’s banks were raking in record profits, aided by President Donald Trump’s tax cuts and a growing economy. Now, in the face of the worst downturn since the Great Depression, widespread corporate bankruptcies and near-zero interest rates, their fortunes have changed dramatically.
What’s happening: JPMorgan Chase and Citigroup (C) are expected to reveal their second-quarter profits crashed by 50% or more when they report earnings for the April to June quarter on Tuesday, my CNN Business colleague Matt Egan reports. Wells Fargo is likely to slash its coveted dividend and announce the bank’s first quarterly loss since the 2008 financial crisis.

“2020 has been a disaster,” said Jim Shanahan, who covers banks at Edward Jones. “It wasn’t the banks’ fault. It was like we had an alien invasion in the second quarter.”

Bank stocks reflect this grim reality. The KBW Bank Index, which tracks the largest US lenders, has slid nearly 35% this year while the broader market is flirting with gains. Shares of JPMorgan Chase (JPM), the country’s biggest bank, have dropped 30%, while stock in Wells Fargo (WFC), which was already battling fallout from a string of scandals, is off nearly 53%.

As banks reveal their results, investors will be hyper-attuned not only to commentary on the economic and market outlook, but also on how banks are preparing for the wave of bad loans.

See here: S&P Global Ratings warned in a recent report that banks around the world could suffer credit losses of about $2.1 trillion in 2020 and 2021, in part due to a spike in toxic loans in China. The agency thinks losses could hit $1.3 trillion this year alone, more than double the level breached in 2019.

Bad loans will eat up a substantial portion of earnings at banks, S&P said. That could limit their ability to cover losses in other parts of the business, the agency cautioned.

Remember: The Federal Reserve is requiring all large US banks to suspend share buybacks in the third quarter and will cap shareholder dividends to the amount paid in the second quarter to preserve capital.

But regulators have made clear that the US banking system is in much better shape than it was during the 2008 financial crisis, and should have enough money on hand to keep lending to customers to support the economic recovery.

Huawei under fire: The UK prepares to reverse course on 5G

The United Kingdom is expected to announce Tuesday that Huawei will be banned from participating in building the country’s 5G network — a major about-face and a stinging loss for Huawei, my CNN Business colleague Hadas Gold reports.

The backstory: In January, Prime Minister Boris Johnson announced that Huawei would have a limited role in building the country’s next-generation wireless networks. Now, the UK could require operators to strip Huawei equipment from their 5G networks within a few years, according to reports.

Such a decision would be a big win for the Trump administration, which has been pushing allies to exclude Huawei from their 5G systems. US Secretary of State Mike Pompeo declared last month that “the tide is turning against Huawei as citizens around the world are waking up to the danger of the Chinese Communist Party’s surveillance state.”

New problems: The US campaign against Huawei was having mixed success until a new round of sanctions in May further reduced the company’s ability to manufacture and obtain semiconductor chips using American-made technology.

European countries and mobile carriers are now worried that Huawei won’t be able to provide 5G infrastructure as promised. But any action risks endangering their relationships with China at a tough moment. That’s especially true for Britain, which is hunting for new trade opportunities around the world after Brexit.

Why did the Israeli police kill a Palestinian with special needs? – Middle East...