Home Politics Premarket stocks: This data shows the Great Reopening may have stalled 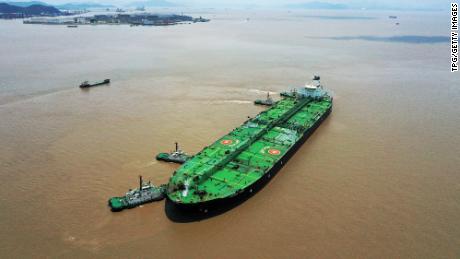 But the data doesn’t reflect cracks in the recovery that have emerged in recent days as the Covid-19 outlook deteriorates. Goldman Sachs estimates that over half of the US population has now seen reopening plans reversed or put on hold as cases spike. On Wednesday, the country logged a record 50,203 new infections in a single day.

What’s happening: The US unemployment rate fell to 11.1% as the economy added a record 4.8 million jobs in June, the Bureau of Labor Statistics reported on Thursday. The data was far better than economists predicted, and the unemployment rate also fell more than expected.

But the survey data, which is collected mid-month, doesn’t reflect the wave of fresh closures and delays that were announced in late June.

Movie theaters like AMC are pushing back reopening plans to later in the month. Apple has shut retail stores again in states like Texas, Florida and Arizona that are struggling with their case loads. Reuters reports that McDonald’s will delay the reopening of its dine-in service by 21 days.
Citigroup said such changes are reflected in high-frequency data, which has plateaued in recent days, according to CNN Business’ recovery dashboard.

The bank points to the OpenTable index, which tracks seated dining at restaurants, as one indication of trouble. After showing improvement in the United States as of June 21, with seatings down 41% compared to last year, dining out appears to have fallen back. Seatings were down 66% on June 22. On Tuesday, they remained 62% lower than in 2019.

Bank of America also said it found “suggestive evidence” that economic activity and mobility is down in California, Florida, Texas and Georgia. Its economists recommend keeping an eye on regional data even as national data appears to be edging higher.

Up next: Watching what happens over the July 4 holiday weekend, which is typically one of the busiest driving weekends in the United States, noted Stephen Innes, global chief market strategist at AxiCorp.

But will people still hit the road in 2020, as Covid-19 outbreaks spark fresh shutdowns and changes in behavior?

Investor insight: Traders are still shrugging off the risks, opting to put their faith in the fact that shutdowns remain localized or limited in scope. The S&P 500 is again approaching its recent high from early June.

Tesla is the most valuable carmaker in the world

There’s no debating it now: Tesla (TSLA) is officially the most valuable automaker in the world.
The electric carmaker’s stock rose to roughly $1,119 per share on Wednesday, giving Tesla a market value of about $207.5 billion. It’s now more valuable than Toyota (TM), as well as Coca-Cola (KO), Disney (DIS) and ExxonMobil (XOM).
The story: There’s been debate in recent weeks about when Tesla would steal the crown from Toyota given disagreement about the Japanese carmaker’s true market value. But now, it’s clear Tesla has the title no matter how you cut it.

Tesla shares have been on fire this year, skyrocketing an astonishing 168% while the S&P 500 has dropped 3.5%.

Deutsche Bank’s Jim Reid notes that the rally is even more impressive looking back one year. At the end of last May, he pointed out, the stock was trading at just under $180. Since then, it gained 412%, lost over 60% during the sell-off in March and then soared 210% off the pandemic lows.

Watch this space: Tesla isn’t consistently profitable enough to join the S&P 500, my CNN Business colleague Paul R. La Monica reports. But it may be closing in on that milestone, helping power shares even higher.

Remember: Tesla’s market performance is more about expectations for future earnings than what it makes right now. The company produced almost 103,000 vehicles in the first quarter, while Toyota made close to 2.4 million.

China is storing an epic amount of oil at sea

China bought so much foreign oil at dirt-cheap prices this spring that a massive traffic jam of tankers has formed at sea waiting to offload crude, my CNN Business colleague Matt Egan reports.

As of June 29, China — the world’s second-largest consumer of oil after the United States — had amassed 73 million barrels of oil on 59 different ships floating at sea off the country’s northern coast, according to ClipperData, which tracks waterborne flows of crude oil in real-time.

Barrels arriving today would have been purchased in March and April when oil prices were melting down because of the pandemic. US crude crashed below zero on April 20 for the first time ever.

The latest: China’s so-called floating storage — defined as barrels of oil on vessels waiting for seven days or longer — has nearly quadrupled since the end of May, according to ClipperData, hitting the most on record going back to early 2015.

Why it matters: The hoarding is a reflection of China’s bargain-hunting at a time of extreme stress in the energy market, and underscores the long road back to more normal supply-and-demand dynamics.

“China went on a global buying binge,” said Matt Smith, director of commodity strategy at ClipperData. “There is just this deluge of crude building up offshore.”

The US jobs report for June posts at 8:30 a.m. ET. We’ll also get initial and continuing unemployment claims from last week, and the US trade balance for May.

Coming tomorrow: US markets are closed for the July 4 holiday weekend.