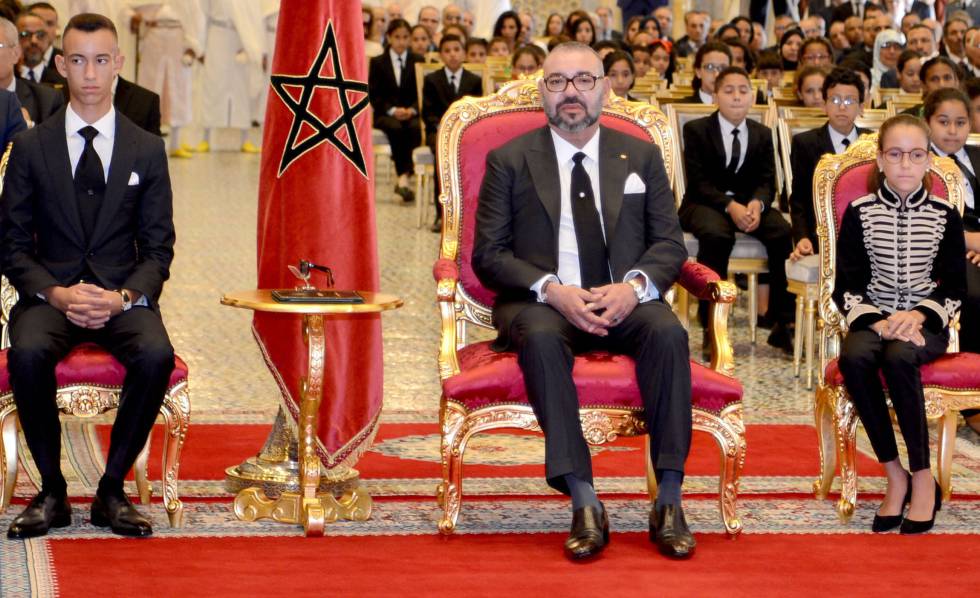 The journalist Hajar Raisuni, 28, was sentenced last August in Rabat to one year in prison for aborting, which she denied. During the three months that Raisuni was deprived of liberty, before King Mohamed VI pardoned her, the reporter suffered from the problems of overpopulation in Moroccan prisons, a disease that the authorities have been diagnosing for several years and they can’t cut it.

“In our cell,” Raisuni reminds EL PAÍS, “we were 12 or 15 inmates, depending on the number of them being transferred. There were only eight cement beds. The rest had to sleep on the floor, without mattresses or blankets. No companion was able to eat what they gave us. Most of the prisoners took only the chicken and the turkey that they distributed twice a week and rejected the rest of the food. “

“I felt very sorry for the teenage girls,” continues Raisuni. “I saw the bad treatment they received, the beatings of the guardians. There was hardly any activity for anyone. And as for the drug addicts, they had no right to participate in professional training activities , when they were the ones that needed them the most ”.

According to the General Delegation of the Prison Administration and Reintegration (DGAPR), the 76,8 prisons live in the 76 Moroccan prisons, the body that provided the latest official figures in September 2019. Of these, 40% are in preventive detention.

Authorities say overcrowding rates have dropped in the past seven years from 45% to 36.9%. But they are aware that the number is still very high. The head of the DGAPR himself, Mohamed Salah Tamek, complained in 2017 to the Parliament’s Justice commission about the shortage of material and human resources he has. That year, the number of prisoners was 80,000. Salah Tamek predicted that the situation could worsen. And now there are already 85,767 inmates.

There are several prisons under construction, but Abdallah Mouseddad, general secretary of the NGO Moroccan Prison Observatory (OMP), objects that the solution is not to increase their number, but to lower the number of prisoners.

A European official, who has visited several prisons in the Maghreb and speaks on condition of anonymity, believes that Moroccan prisons are no worse than those in the rest of the region. “It is true that there are no individual cells except for the most dangerous or those under observation. But that is because the model of seclusion throughout the Maghreb is to have about 25 people in the same cell. It is standard practice. It is true that here in Morocco, as in Tunisia and Algeria, you visit what they let you visit and nothing else. But I have not seen people lying on the ground. Which I have observed in Mauritania, for example. However, more activities and more professionals are needed in prisons. ”

Another member of the European Union, familiar with prisons in Morocco, believes that the causes of excess prisoners are several: “On the one hand, the Penal Code should be reformed. There are crimes that should be offenses. In addition, probation concessions must be encouraged. And, above all, there is a lack of sensitivity in the judges when it comes to administering preventive detention. ” In Spain, the percentage of remand prisoners is 15% compared to 40% in Morocco.

Despite all the ills, Abdallah Mouseddad acknowledges progress in recent years. “Prisoners can now talk to the outside on the phone five minutes a week. There are televisions in the cells. The food has also improved. “

But the activist insists that the main problem is that of overpopulation and all that that entails. “The Administration’s budget is to feed only 80,000 inmates. And in reality there are much more prisoners than the 85,000 that the DGAPR assumes ”.

Mouseddad believes that the main cause of the overpopulation is the misuse that judges and prosecutors make of preventive detention. “They put anyone in jail for the mere fact of using drugs. A young woman whose crime was having consumed drugs recently died. ” Another issue that, according to Mouseddad, causes an excess of detainees, is that there are no alternative penalties outside the prison. “That is something that was implemented in Algeria, for example.” He also emphasizes that conditional liberties are not granted. In 2018, only 12 of the 657 requested permits were granted.

In Morocco, pardons granted by the king are common, which are usually enacted on festive dates such as the day on which his arrival to the throne is celebrated. In 2018, a total of 4,080 detainees benefited from real grace measures, either the release or the reduction of sentences. But not even the massive pardons have prevented Morocco from continuing to break records in the number of prisoners.

In 2018, 180 prisoners died in Moroccan jails, as recorded in the memory of the General Delegation of the Prison Administration and Reintegration (DGAPR). A total of 139 died in the hospital, 19 died “on the way to the hospital”, 10 “in detention” and 12 in the “prison infirmary”. The NGO Moroccan Prison Observatory (OMP) assures that the true causes of death are not usually investigated.

In 2018 there were 1,573 hunger strikes, according to official data. 65.77% organized in protest at the judicial process. And 28.7%, for living conditions in prison. That same year there were 1,568 formal complaints from prisoners. Most of them (635) reported abuse. The most famous prisoner, the Naser Zafzafi from Rif, who led the Al Hoceima protests in 2017, reported having been tortured.