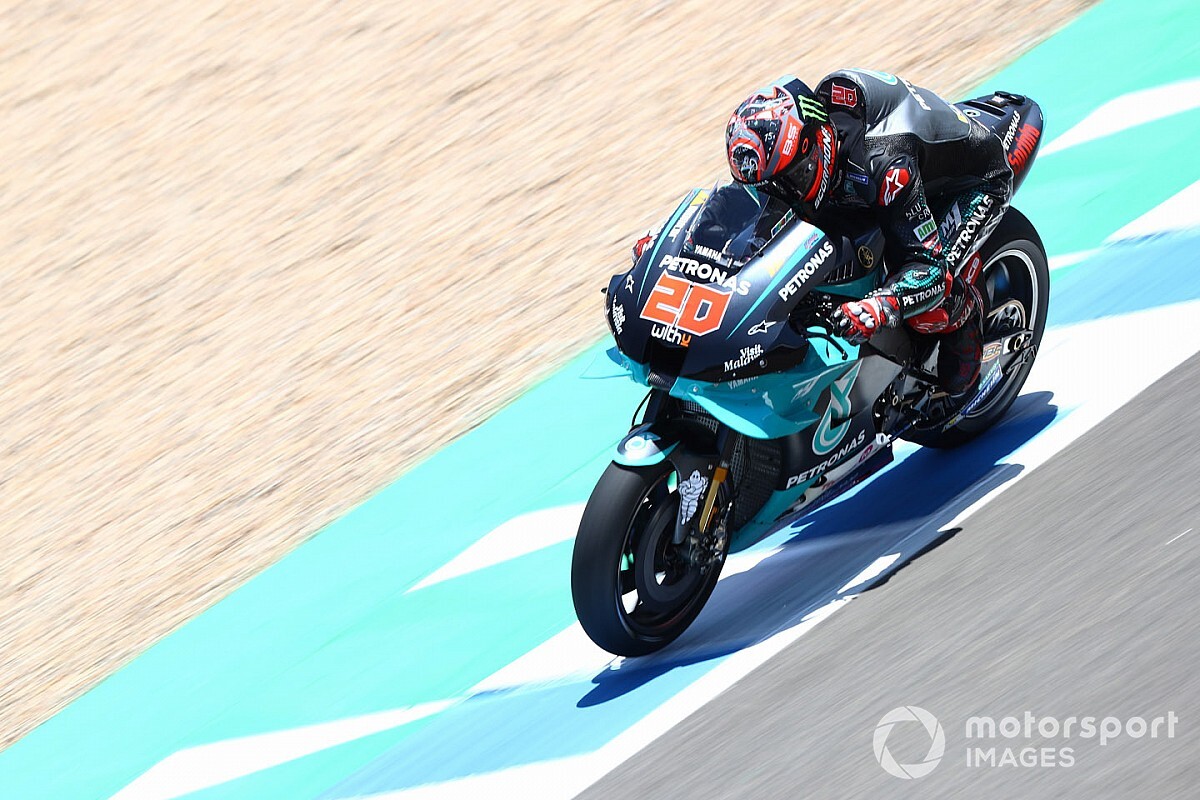 The Yamaha is famed for its supreme cornering ability, which was particularly noticeable in qualifying, with Quartararo guiding his M1 to six pole positions across his rookie campaign, while Maverick Vinales managed a further three.

But its relative lack of power compared to the Honda and Ducatis meant Yamaha riders would often get stuck in the pack during races and couldn’t use the key strength of the M1 to maximum effect.

Commenting on the performance of the 2020 M1 after he finished second in a Yamaha 1-2 led by Vinales during Wednesday’s Jerez test, Quartararo said: “I don’t think we need to say that Yamaha is the bike to beat because the last championship was won by Honda, and honestly I don’t feel it’s like this [that the Yamaha is the best].

“We know our bike is really fast in one lap, but we know that as soon as we have Ducati, Honda, Suzuki in front of us, we lose our potential, let’s say, because they are going faster in the straight, we can’t do our corner speed, so it’s not easy [to have use our advantage].

“I think it’s not really the bike to beat. But it’s true that during this test Maverick was really fast, and we need to think about our pace which I think is really good.”

When asked by Motorsport.com if he agreed with Quartararo’s assessment, Vinales wouldn’t be drawn on what the other Yamaha riders were doing, but says his “main goal” is to try to hit the front at the start and set his own pace to maximise the M1’s strength.

“We have to pay for sure a lot of attention to the other riders,” he responded. “But I am really concentrating on myself, trying to take the maximum from the bike every lap and for me the most important thing is to qualify on the first row to take the lead on the first corner and take my rhythm.

“This is the way to race with this bike and it’s what we need to do. This is the objective: trying to be first in the first corner and setting my own rhythm, and I am very comfortable when I am alone.