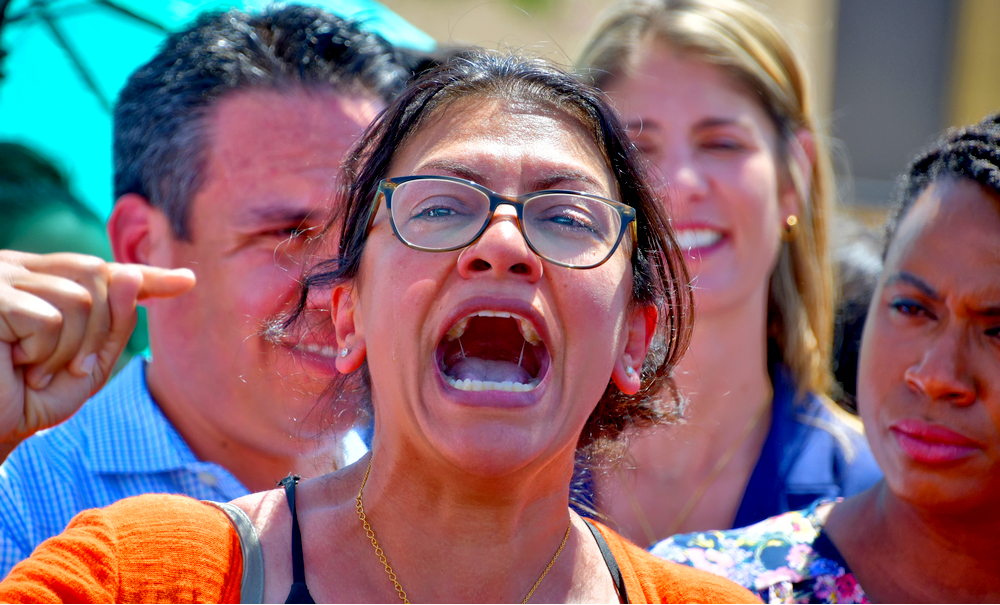 “He hasn’t directly called me or anything, but no,” Tlaib told Newsweek magazine about backing Biden for president. “Right now I’m focused on my election, my constituents and my residents.

Residents come up to me and say, ‘Rashida, I don’t know. I hear Joe Biden this, Joe Biden that’…If the ultimate goal is to get rid of Donald Trump, that doesn’t have to involve me actually endorsing Biden,” she added. “My constituents don’t need to be bogged down in, ‘Is he the best candidate?’ That’s not what you have to convince my residents.”

Wow. That is classic weasely politician in trouble befuddled footwork. She tries to say everything, actually says nothing, and hopes nobody notices. She’s caught between her own radical well-wishers, who loathe Biden for being too moderate by their standards, and the majority of her district (black voters) who accept Biden as their presumptive presidential nominee.

One of those black voters is Tlaib’s nemesis and smart money to be the victor in next week’s primary election. Detroit City Council President Brenda Jones says this about our loud and obnoxious pal Rashida:

“You can be vocal, but the things that were being done — like calling the president a ‘MF’ or booing Hillary — every time something like that happened, I…

Israel snipers boast of shooting dozens in the knees during Gaza protests – Middle...