Home Trend Reyero, the loose verse that puts the Ayuso government in trouble |... 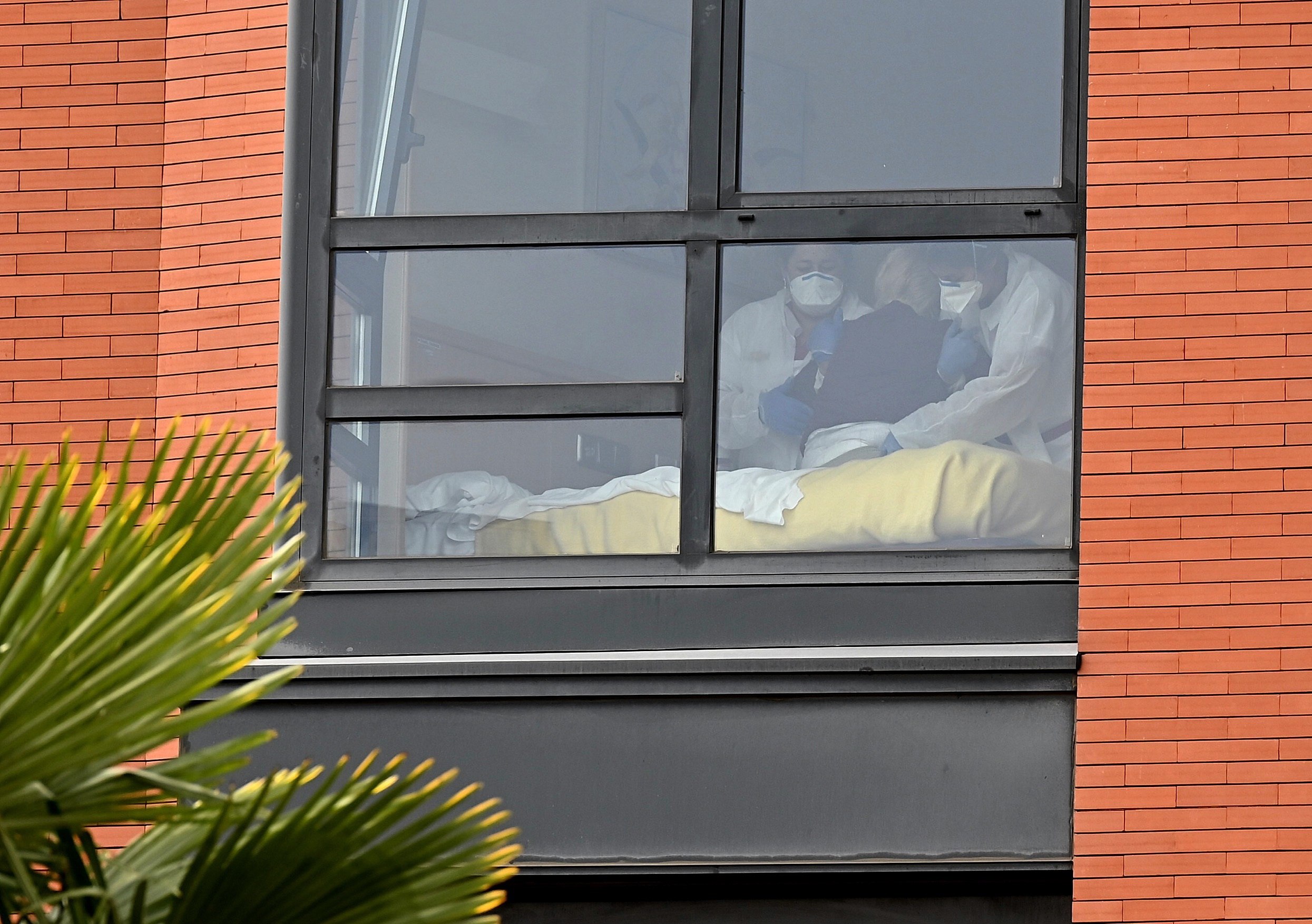 Alberto Reyero is defying the laws of political gravity. The Minister of Social Policies for Citizens has survived more than 24 hours in the Madrid government after having harshly criticized the management of the health crisis on Monday by his own colleagues in the Executive of Isabel Díaz Ayuso. It was not an outburst, but a statement prepared and read in the Assembly in response to an opposition deputy. Specifically, Reyero said that “it is not ethical and possibly not legal” to leave the elderly in the residences without medical attention, a frontal attack on the president and the health adviser, Enrique Ruiz Escudero (from the PP). He said that he asked for help and his government ignored him.

Despite having crossed a red line, Reyero has not resigned, nor has Ayuso stopped him, a circumstance that reveals the delicate balance between the two government partners in Madrid, Ciudadanos and Partido Popular. Ayuso was cautious this Tuesday when he said in responses to journalists that he did not see Reyero’s words “opportune”. In Citizens they have ruled out a motion of censure, distancing themselves from the tone and content used by their counselor.

Those who know Reyero believe that he is acting outside of political considerations, moved by the integrity that characterizes him. He entered politics precisely to defend the rights of the elderly after fighting for more than a thousand days for his mother, María Teresa Zubiri, to receive the help of the Dependency Law. The associations of the sector and the opposition saw his arrival in August as a good news because as an activist and then a deputy he had proven to be a committed person.

The coronavirus has taken the lives of almost 6,000 elderly in Madrid residences, more than 10% of those admitted at the beginning of March in these centers. For him this crisis has been “hell”, according to two close people. Reyero, who declined an interview for this article, did not stop going to the counseling in the hardest moments, on 50 O’Donnell Street, next to the Retiro, where he met with his team. He also visited residences affected by outbreaks but kept a low profile because he is not characterized by looking for the photo. They were painful encounters with desperate workers who felt helpless, without PPE, without help from the hospital.

Reyero and his team began a pressure campaign against Escudero to get help. “There was tremendous frustration,” says Gustavo García, an expert in social services who spoke at the worst moments with Reyero and other high-ranking officials in the Ministry. “They had no means and could do little. It is as if you ask the Ministry of Tourism to put sanitary measures in hotels. “

Reyero sent Escudero three letters dated March 22, March 31, and April 11. He did not want to reveal the content, but he will probably end up knowing if a commission of inquiry is opened in the Assembly or if the courts before which the families of the deceased have filed complaints require it. Reyero said in the Assembly on Monday that he asked the Health Minister that if he did not admit the elderly in hospitals, at least strengthen the presence of toilets in nursing homes. Escudero had taken sole command of the residences on March 26 and his government published announcements listing hundreds of interventions, data that was questioned by sources in the sector.

With Madrid paralyzed, CEOs under his command went in search of protection material in places where they believed they could find them such as Barajas, Ifema or the Ice Palace. One of them, the manager of the 25 public residences, lamented to workers at his centers that nobody gave him “not a fucking mask, not a fucking gown.”

Reyero is seen by other government colleagues as the freelance counselor. The opposition also has that feeling. Emilio Delgado, deputy of Más Madrid, was surprised that Reyero’s colleagues had not defended him more emphatically. Vox asked for his resignation on Monday in the Social Policies commission in which Reyero spoke, but the only Citizen deputy present, Carlota Santiago, did not face the critic of the far-right party. “We have all come out to stand up for Reyero except his party mates. It’s embarrassing, ”observes Delgado, who praises the counselor’s bravery.

The deputy of the PSOE José Chamorro, who worked hand in hand with Reyero in the affairs of the residences when he was an opposition deputy, highlights that the counselor has not changed power. “He is so honest that he keeps saying the same thing as when he was in the opposition. He is an honest person and has given me a lot of evidence of this over the years, “he adds.

Reyero’s continuity in the Ayuso Executive is in the air. If the president ceases him, he could jeopardize the stability of the Madrid government, but his permanence aggravates the tensions. Proof is that in the midst of the collisions with the residences, another conflict with Ciudadanos broke out three weeks ago over the alleged half-million contract to businessman Kike Sarasola who appeared for a few hours on the hiring page, posted by the Reyero ministry. The suspicious incident raised doubts about a quid pro quo Between the businessman and Ayuso, who has enjoyed two luxury residences at a friendly price in a hotel in Sarasola during the crisis. Ayuso’s team denied that there was a contract and attributed what happened to his government’s “black hand.”

If Reyero ended up falling it would be an unfair loss for the residential sector in Madrid, José Manuel Martínez Navarro, president of the association of directors and managers of Social Services, values: “You should not be a victim of carelessness, lack of skill and overflow of care in Madrid ”.

The hospital triage protocol was not just a draft, as Ayuso assures

Ayuso defended himself this Tuesday from Reyero’s attack, pointing out that the protocol of the Ministry of Health that denied hospitalization to certain groups of elderly was only a draft. “This order was never carried anywhere and the health professionals of the hospitals and the staff of the residences have always acted with absolute neatness and always adhered to clinical criteria,” Ayuso replied to a question from a journalist at the reopening of the Center. of Tourism of the Community of Madrid in Puerta del Sol.

But the truth is that multiple sources, including a regional spokesperson, have said that the final document was sent to residences and to the group of geriatricians who decided on a case-by-case basis for hospital referrals. Six drafts were written between March 18 and the latest version, on March 25. A discarded document, which was signed by the general director of socio-sanitary coordination, Carlos Mur, and sent to the residences was rejected by the geriatricians because they considered it immoral to exclude people with disabilities. The final document left out those with advanced dementia, the large dependents, the terminally ill and the terminally ill.

Netflix has started streaming to Android in AV1

‘It will cost £20m-plus to replace Willian, so keep him!’ – Johnson urges Chelsea...