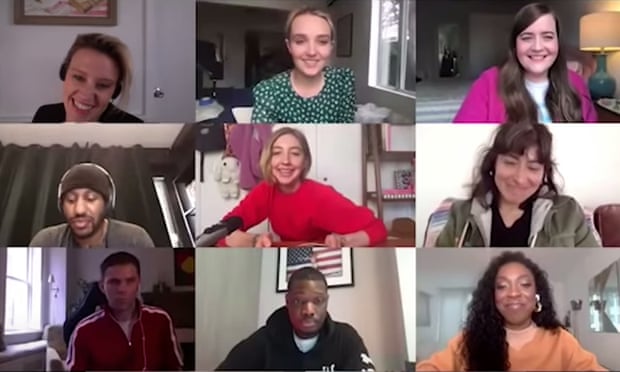 Saturday Night Live, filmed yet another episode remotely and was back on screen with a new episode, for the second time this month. This time, the virtual hosting duties belonged to Brad Pitt who was dressed as Dr. Anthony Fauci. Dr. Fauci had once jokingly mentioned to CNN that Pitt should play him on Saturday Night Live, and the show responded to that comment with their latest episode.

Pitt, dressed as Fauci, clears up several of Trump’s false claims regarding coronavirus. Trump’s comment that the vaccines are almost ready and will be supplied “relatively soon” makes Fauci speak up in his raspy voice. He says that “if you were to tell a friend, I’ll be over relatively soon, and then showed up a year-and-a-half later, your friend may be relatively pissed off”. Fauci (Pitt) was too dumbstruck to comment on Trump’s latest ideas of injecting light in the human body to fight the virus. Finally, Pitt removes his prosthetics at the end of the show and thanks Fauci and all medical staff for their service.

A game show called What’s Up with that: At Home? is hosted by Jheri-curled soul singer Diondre Cole (Kenan Thompson). He introduces the day’s contestants which include people like DJ Khalid. However, his antiques start a constant jam session with a breakdancer (Jason Sudeikis) and a min-saxophonist (Fred Armisen). This makes the show better and funnier than the previous episodes.

Saturday Night Lives’ Snapchat filter reporter also sees a new anchor that is Brian Stutter. He uses the filters to turn him into a baby, or a banana and also into a pirate. For fans who like Snapchat filters, this was a big funny moment.

Pete Davidson makes the latest rap regarding the new living in isolation and is heard on the show. However, the main musical guest of the Saturday Night Lives’ latest episode was Miley Cyrus. She sat in the backyard, with an acoustic guitar. She gave a brilliant performance of Pink Floyd’s Wish You Were Here, under a red glow from the nearby fire pit.

Find Out How You Can Eat Vegan Just Like Lizzo