Home Sports Super Rugby: Best of the round from New Zealand and Australia |... 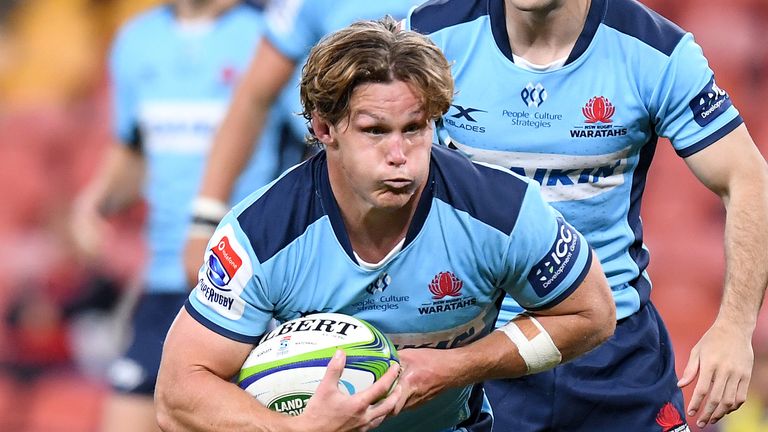 Australian Rugby joined the quasi-quarantined quest for the quick return to quarterly profits on the weekend, with the launch of Super Rugby AU. I ran out of puff there (quite quickly), but you catch my drift. The sport is in desperate need of eyeballs and bum cheeks, and although the state of Victoria has cut itself off with a return to lockdown, elsewhere it was (socially distanced) go time. In keeping with their Kiwi cousins, a five-team domestic tournament – with the reintroduction of the Western Force to the regular four – will compete against each other over the coming three months.

First up the Reds hosted the Waratahs in Brisbane, one of Australian sport’s oldest rivalries, and recently the near-exclusive domain of Wallabies pushing as much for national honours as inter-state bragging rights. Given there were enough Australian jerseys for all of them, it was a fixture that had lost some of its lustre.

The Kids Are Alright

Well not this time. Experienced internationals were the exception at Suncorp Stadium, and even though you could pick them out (Michael Hooper’s deal with Energizer Batteries is surely just a matter of time, and who knew leadership would sit so well with James O’Connor?), it very much felt like we were watching tomorrow’s talent, today.

21-year-old Reds scrum-half Tate McDermott combines all the attributes of the current game’s best nines: snappy, yappy and happy to go from anywhere, he was a constant threat around the fringes for a retreating Waratahs’ pack. He had the vision and skill to deliver the competition’s first ’50/22′ (kicking the ball from within his own half and bouncing it into touch in the opposite 22, resulting in a Reds throw in), and his blonde locks will make him easy to follow in the weeks ahead.

Swenson, Swanson…Swinton? I Was Way Off…

Remember the name: Lachie Swinton. In a beaten pack, the 6’5′ 22-year-old blindside never stopped scrapping. You can imagine posters of Rocky Elsom hanging on his bedroom wall, with Jerry Collins stuck on his diary. There were deft touches as well – a perfectly timed inside ball to put Jack Maddocks away – but it was his pure physicality that stood out, a trait the Wallabies would welcome.

Conveniently for us in this column, if not the commentators on the night, the form of Harry Wilson (20 years old, Reds number 8), William Harris (20, Waratahs number 8) and Will Harrison (20, Waratahs fly-half) all warrant a mention. Dave Rennie’s little black book would’ve taken a workout.

Harrison, one of a number of players fresh out of the World Championship runner-up Wallaby Under 20s team, calmly kept the ‘Tahs in touch with his boot, but James O’Connor secured the win with two penalties in the final five minutes for a first Reds’ win over the New South Welshmen in seven years and 11 games.

Amid the excitement of the rugby rebirth, there were still signs of the locked down world we are emerging from. Although fans were welcomed and present, the overall restrictions on numbers and enforced separation made for an oddly muted atmosphere, albeit far superior to no fans at all.

Saturday’s second Australian fixture took us to Canberra, and the pre-lockdown leaders of what was then the Australian conference. Four months on, and it is clear the Brumbies remain the side to beat.

What is also clear is the Brumbies’ method of dominance has not changed either. Twenty years ago they sliced and diced teams with a backline of George Gregan, Stephen Larkham and Joe Roff, now they have built a brute force weapon out of their driving lineout.

Defenders are sucked in and on the back-foot, opening plenty of attacking options in the channels nearby, such as that exploited by hooker Folau Faingaa and blindside winger Andy Muirhead after three minutes for the opening try. It’s not a pretty watch for the Rebels, but is much harder to stop than it looks.

Following his early try assist, Folau Faingaa remained just about the busiest man on the field, in all aspects of play. He is the perfect athlete to implement the Brumbies’ abrasive style, and another who Wallaby coach Dave Rennie will be keeping a keen eye on. He exited late with a bloodied nose, but it was the Rebels who left out of joint.

Another young talent sitting behind this dominant pack was 20-year-old fly-half Noah Lolesio. With the dominant pack in front of him few questions were asked, but there will be a learning curve ahead against better teams. He has a tendency to sit deep and static on attack and pivot the pass to those outside him, meaning the threat of Tevita Kuridrani was rarely seen, snuffed out by the advancing defence.

If ever there was a scoreline that did not fully reflect the match, it was this ‘comfortable’ win by the Crusaders over the Highlanders in the great South Island derby. Like scrapping siblings, the rivalry is fuelled by what makes them so similar, rather than what separates them.

Oh, and the pre-game hype helped as well. With lights down, a quilt-clad ‘Highlander’ waved his sword and his microphone to the team’s theme tune of yesteryear, written when they played at Dunedin’s rugby relic, Carisbrook, aka ‘The House of Pain’. The battle cry has lost a little of its meaning, what with the team now playing in an ultra-modern roofed stadium, but why let the facts get in the way of a good story? Mel Gibson didn’t.

The opening quarter saw the teams exchange tries, and the Crusaders assert their scrum dominance. But the moment of the half came from the home side, who combined a little bit of luck with a whole lot of speed.

When 6’5″ second row replacement Jack Whetton (son of former All Black captain Gary, and don’t you just know it) came on for 6’7″ Josh Dickson after just 17 minutes, he immediately became a core lineout option. Hooker Liam Coltman hadn’t accounted for those two inches, and with good attacking ball near halfway found just Whetton’s fingertips. The ball travelled on, and bounced perfectly for scrum-half Aaron Smith, sweeping around the back of the lineout without breaking stride.

Smith, the man they call Nugget, has looked inspired in this past month of Super Rugby Aotearoa, operating at the speed the All Blacks have built their game on over the years. This is the sort of guy who can finish Six Minute Abs in three minutes, and when he was brought down metres short of the line, he was up again to service Ngane Punivai for the try before the Crusaders knew what hit them.

17-14 at the break to the Highlanders, and no more than they deserved.

The problem with playing the Crusaders, of course, is you need a whole lot more than a three-point lead to feel comfortable. And given their history of winning, there is something almost perverse about their response to pressure; they have come to love it. In other words, if you serve notice in the first half, expect a backlash.

Tom Christie scored to reclaim the lead within 10 minutes, and a high-stakes, high quality finish was in the offing. Sadly for the Highlanders, Jona Nareki blew a gilt-edged try chance by holding the final pass a second too long, and it was probably the most significant second of the match.

Deflated, the Highlanders found themselves minutes later under the own sticks, contemplating how they got there. Momentum had been lost, as Crusaders half-back Mitchell Drummond had found his wing Sevu Reece for a sensational finish, just as Smith and Punivai had combined in the same corner in the first half. Two more tries were run in, including another from Man of the Moment Will Jordan, and the House of Pain was just that, but for the wrong team.

To Chiefs country for Sunday afternoon rugby we went, and two sides – remarkably, considering their talent – without a win. ‘Dance of the Desperates’ might seem a little harsh for teams of this quality, but in such a short competition as Super Rugby Aotearoa, there’s precious little time to grind through the gears.

The ceaseless New Zealand rugby spotlight on the Barrett family showed no sign of dimming this past week, what with Beauden’s COVID-defying multi-million-dollar contract announced with Suntory Sungoliath, Scott’s unfortunate season-ending injury, and the return to fitness for the Hurricanes of younger brother Jordie. The family home in the rolling rural hills near New Plymouth must be a welcome oasis if and when they can all get there.

On the pitch it was all about Jordie this week, whose influence in Hamilton matched the hype. Wearing 15 but popping up wherever he wanted, he delivered the final pass for both of Kobus van Wyk’s tries (including an audacious out-the-back number, just ‘cos he can). But it was his penalty to signal half-time that lives longest in the memory. If science tells us long levers generate the most torque, then Jordie Barrett has been sent from the Gods of goal kicking.

Interestingly, Chiefs’ assistant coach Neil Barnes revealed at half-time, or rather frothed, his disapproval of the placement of the penalty, thinking the infringement took place 10 metres further back from where the kick was taken. Perhaps as Mr Barnes red mist descended, he missed the fact Jordie cleared the bar by at least that much.

As a contest, it always felt like the Hurricanes were in control, but the Chiefs’ fighting spirit is second to none and the crowd noticeably lifted as they mounted a second half fight back. It might’ve been in a losing cause, but the length of the field score – started and finished by flanker Lachlan Boshier and spanning 100 metres and a thousand passes – must surely rank as a contender for Try of the Year.

Zero from 4 and the worst run of home results in almost 20 years is hardly the homecoming Warren Gatland was after. His team have a bye week to lick their wounds before they take on each of their opponents again.

How a mistake helped create an F1 icon

Coronavirus: What does Scottish Football do now? | Football News