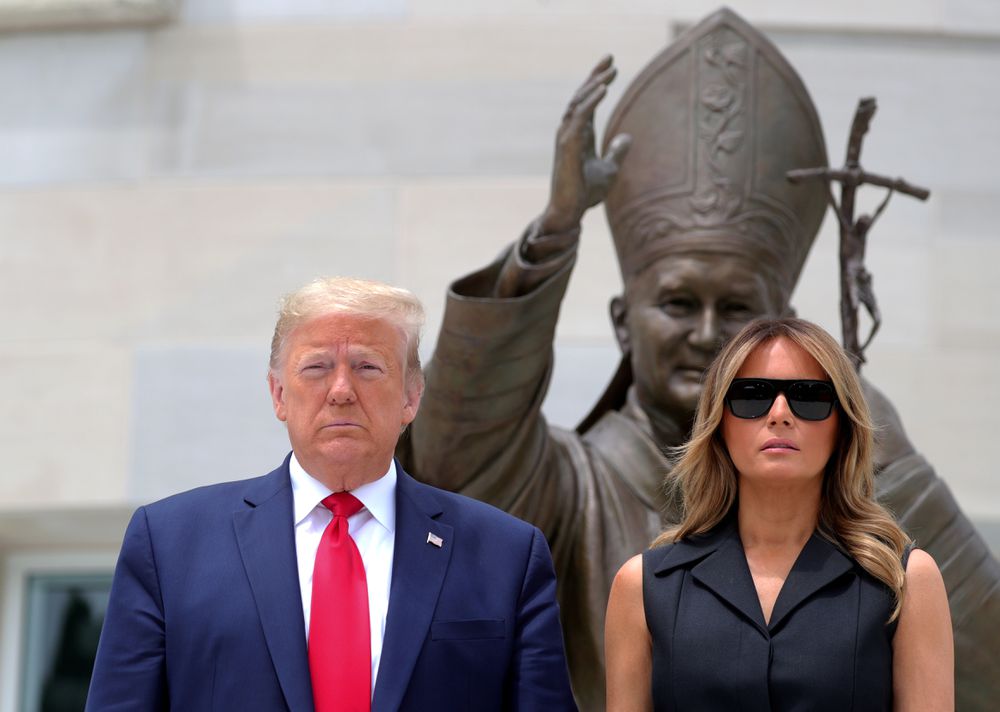 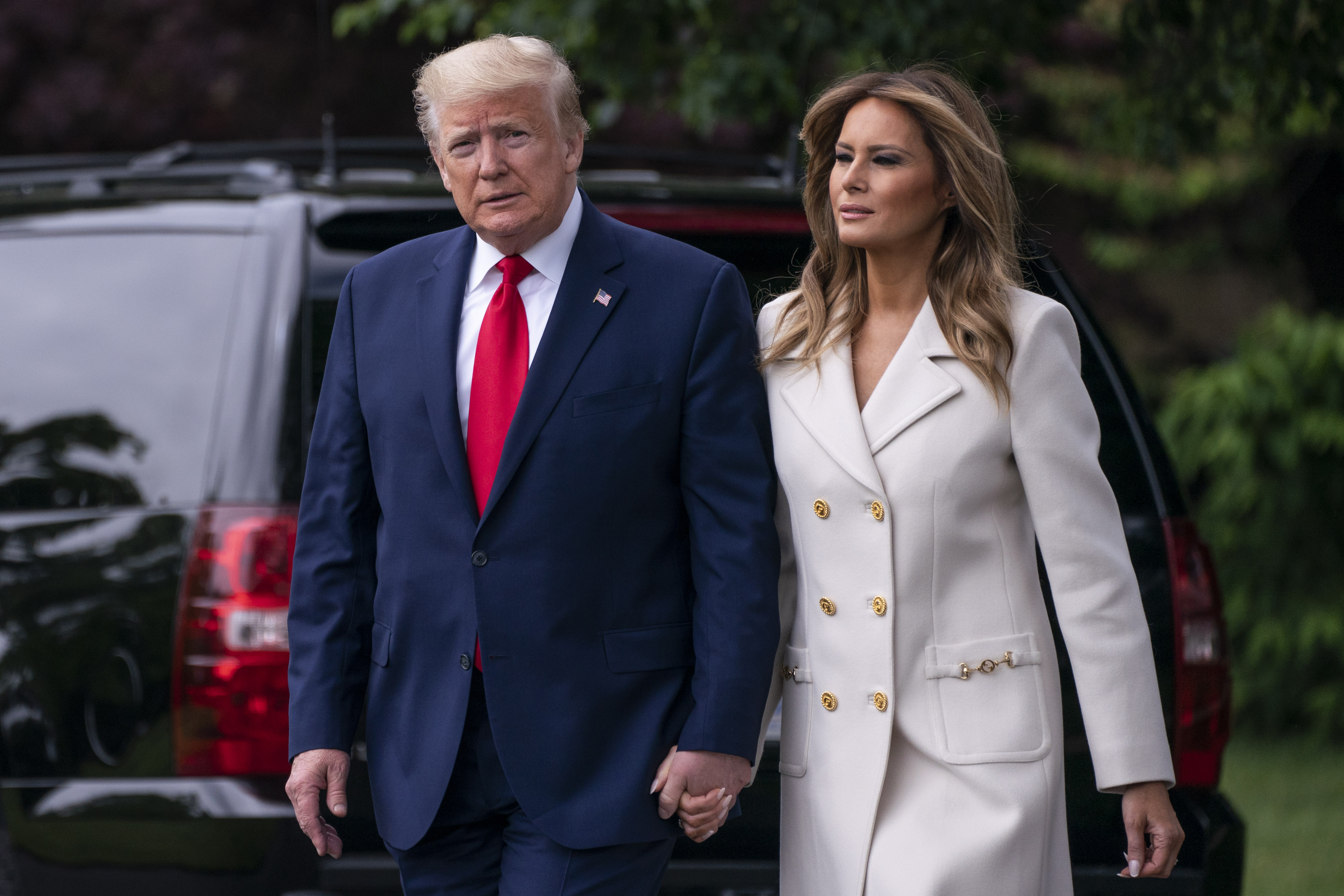 It is difficult to see Melania Trump with a happy face in public. Especially when she has next to her husband, Donald Trump. The couple’s chemistry in public cannot be said to be sparkling. The last time to check it was on Tuesday afternoon, when the President of the United States and the country’s first lady visited the memorial park in honor of Pope John Paul II in the capital, Washington D.C., where they deposited a bouquet of flowers.

Without a mask, the First Lady wore a dress, high-heeled shoes and black sunglasses, while the President wore a blue suit with a red tie. The couple approached the statue of the Pontiff and then posed before the media. Then came the image that has run like wildfire. Donald Trump asked a very serious Melania, in a relatively discreet way, to smile on camera. However, she remained undaunted.

Her husband seemed to insist, and in the end the first lady outlined a smile for the photographers, while the president brought out all his teeth, in images that have gone viral. The president is not having the best time to be happy in the media: there are more than 100,000 deaths from coronavirus and the country is mobilized after the death of African-American George Floyd, who has sparked a trail of anti-racist protests in dozens of cities.

It is not the first time that the tension between marriage is seen. Already the day before he was sworn in as president, Donald Trump introduced his wife to Republican leaders and forced her to go to the microphone and speak before those present. She relented and, after a few tense moments, ended up saying a few words.

A day later, at the inauguration of Trump as President of the United States, in January 2017, a taciturn Melania was seen, who only smiled at a time when her husband turned to her; then he stepped back, ducked his head, and put on a serious face again.

In fact, that same day, upon her arrival at the White House, Melania did not enter with her husband. Donald took a few steps forward and left her alone getting out of the car in which they arrived at the residence. When she entered it, the first lady was received and welcomed by the outgoing Obama couple, to whom she gave a present and who welcomed her warmly when her husband was already inside the mansion.

In May 2017, on a state visit to Israel, the first lady rejected her husband’s hand upon arrival in Tel Aviv, including a light slap, as they walked alongside the country’s prime minister, Benjamin Netanyahu and his wife, Sara . A few days later, when they landed in Rome for a visit to Pope Francis, the president tried again, but she hid her discomfort by brushing a lock of hair from her face.

In February 2018, a year after coming to power, Melania Trump rejected her husband’s hand as they were on their way to the presidential helicopter through the White House grounds. Then, the president tried to reach his wife’s hand, but he found the sleeve of his yellow coat; she avoided Trump’s hand and walked forward when he tried to grab her to greet the cameras.

Another of the most famous moments was when, one rainy day and also in the gardens of the White House, the couple went out to speak to the press. The President carried an umbrella and left Melania Trump exposed on more than one occasion.

Melania is not always serious or sad. One of the images of the first lady who has attracted the most attention in her three and a half years in the White House was that of the funeral of Barbara Bush, wife and mother of the country’s presidents, officiated in Houston in April 2018. There, Melania Trump sat next to Barack Obama, with whom she was seen as an accomplice and smiling. Later, he posed with his widower, George H. W. Bush, and all his successors in office – except Donald Trump – accompanied by his women. Melania Trump has rarely been seen smiling so much in a portrait. 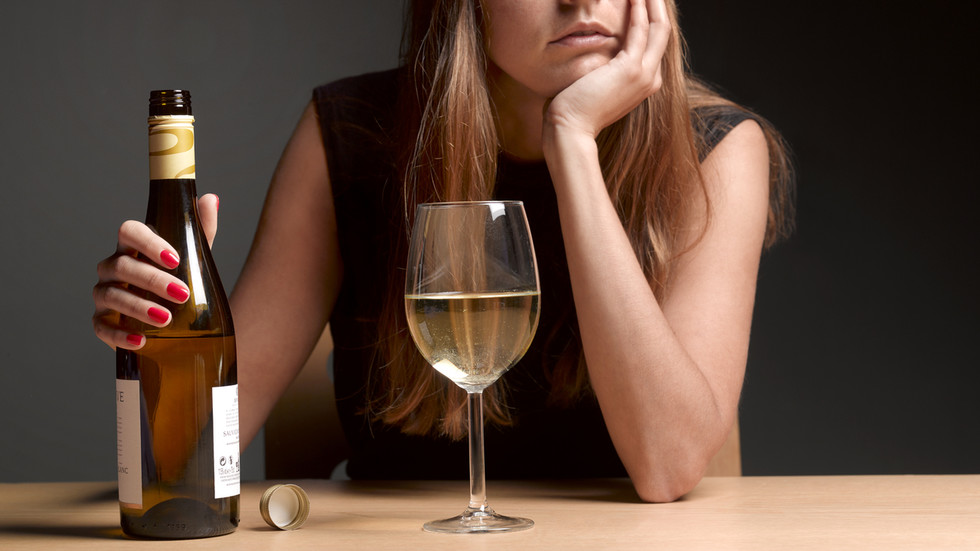