Home Trend The worst week in the Ayuso government: “This is treason. I would... 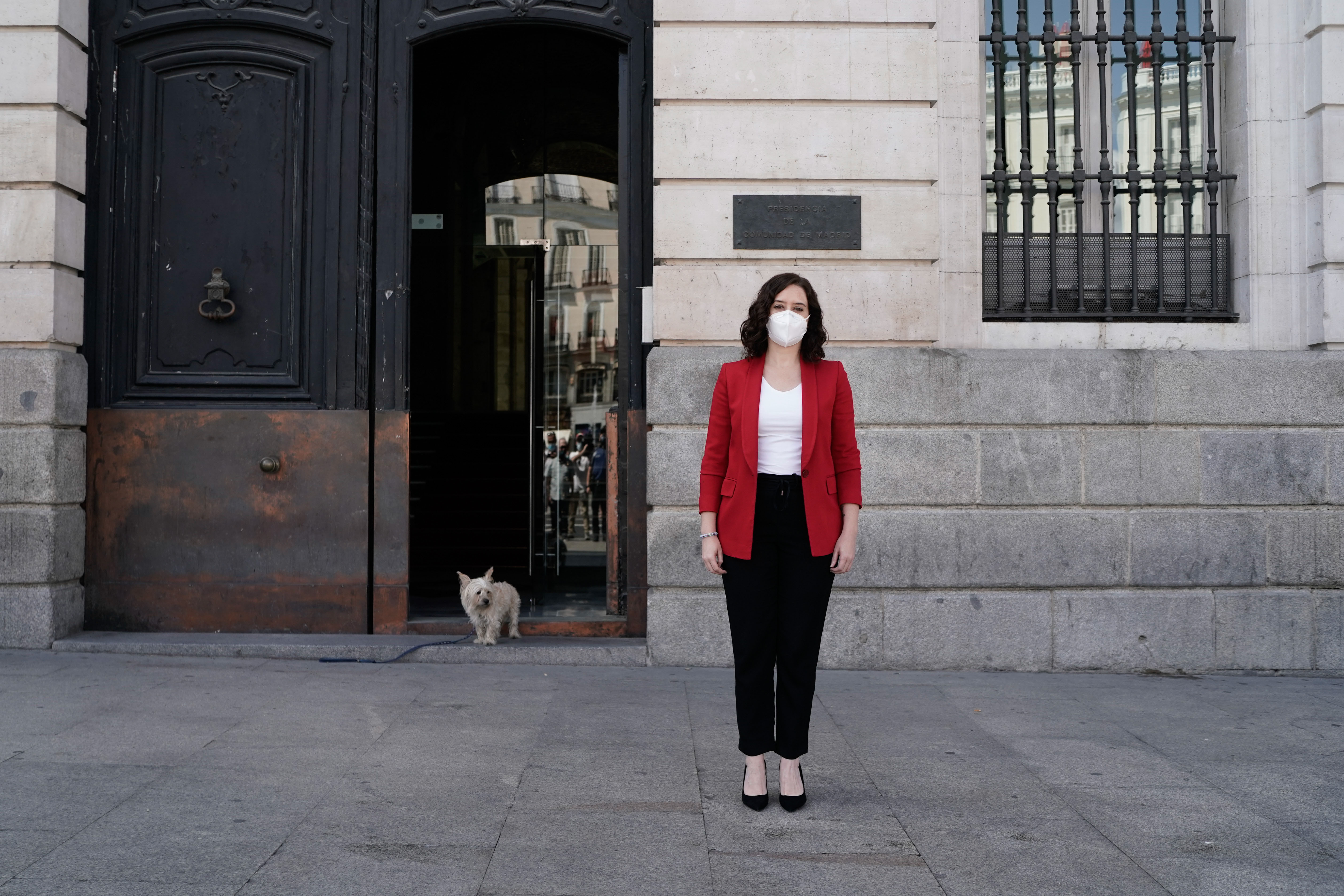 Friends must be kept close. To the enemies, even more. The phrase, from the film script of The Godfather II (1974), summarizes very well the new crisis experienced by the first government of the Citizens and PP coalition in the Community of Madrid. The PP Health Minister, Enrique Escudero, accused this week of “Pharisee” the Minister for Social Policies of Citizens, Alberto Reyero. The cherry on top of the new regional crisis came after the publication of some emails in EL PAÍS. The messages call into question the health management of the Madrid government during the pandemic. Reyero contacted Escudero in mid-March to ask for help.

The impact of the coronavirus on the 475 residences in the region was fierce. In March alone 1,364 residents died and only 13% received healthcare, according to InfoLibre. More than 6,000 elderly have died in the residences until June. The popular health counselor did not reply to emails from his partner in government. “This [publicar los correos] it is a betrayal. I would not have done it, ”said the PP counselor. Communication between both ministries during the peak of the pandemic has been null. Before it was in private. Now nobody hides it in public. The Cold War between both formations is a fact.

The week at Puerta del Sol started with another small earthquake. The region’s president, Isabel Díaz Ayuso, publicly disavowed her vice president, Ignacio Aguado. The Citizen’s started a round of contacts with the opposition 200 meters from the president’s office. “We don’t like this,” she said. The solution was imposed on Wednesday. Ayuso ordered another round of matches to be started in his own way and in a room next to his Puerta del Sol office. “And we must start with Vox, which we owe this government to them.” So it was done. Those of Ciudadanos fell back. They obeyed Ayuso’s order. They understood that their initiative on Monday had already succeeded. A timely withdrawal is also a victory. “You have to talk to the opposition. Citizens demand it of us. The same occurs in the City Council and in other communities where we govern together, ”said Vice President Aguado. On Wednesday they all sat together. The president, the vice president and the 11 directors.

Diaz Ayuso’s statements last Tuesday about Aguado’s meeting with the opposition: “To ask for political unity from the rest of the groups, we have to be united first” JOSEFINA BLANCO / EUROPA PRESS / VIDEO: ATLAS

The advice of this Government is usually quick. So much so that in these six months in power they have not carried out a single law. Sessions in Sol last at most two to three hours. The Citizens and PP advisers present their affairs without much debate. First some and then others. Two governments in one. By the PP, Javier Fernández Lasquetty, Minister of Finance and most trusted man of Ayuso, almost always speaks. Lasquetty knows the Community gear very well. It was the brain of the failed health privatization that ex-president Esperanza Aguirre undertook.

For Citizens, the singing voice is usually carried by Ángel Garrido, ex-president of the Community for the PP after the resignation of Cristina Cifuentes. Garrido did not tolerate the appointment of Pablo Casado. He did not like anything that the leader of the popular ones designated Ayuso as a candidate for the Community and that he was included in the lists of Brussels, far from Madrid. In a moderate mood, Garrido did not cry out in the media. His slam of indignation was to throw himself into the arms of the Ciudadanos team a month before the regional elections. Now he directs the Transport portfolio in the Ayuso Government. A month ago he raised his voice in EL PAÍS: “I would ask for leadership from moderation; the other is caudillismo ”.

Last Sunday, another trusted man from Ayuso responded to Garrido’s words. “Warlordism? Our president, neither by age, nor by conviction, nor by ideology can exercise it ”. He was the popular counselor for Justice and Interior, Enrique López. The last Sundays in the Madrid kiosks it is being a custom for the councilors to speak. There they show their government’s thermometer in public. If during the pandemic the idea of ​​the Ayuso Cabinet was to maintain a public and constant confrontation with the Sánchez government, now its headlines are diluted in confrontations with the opposition in the Assembly. The war, however, he has within, in his Government.

The last two councilors involved represent the two wings of the pact that emerged at Puerta del Sol last September. The two parties, through the mouths of their advisers, have started an uncontrolled public battle. The popular ones keep ranks around theirs. “Anyone who talks that there have been orders not to make referrals from older people to hospitals is lying,” say popular sources. “We do not attack any comrade from the Governing Council,” they respond in Ciudadanos. Translated into a game of chess would be the movement of two bishops to the center of the board. If one falls, the other will fall. If they move backwards, none will fall. According to both formations, there is a tacit agreement by which neither of the directors can be dismissed by the other party. Each one responds for his own. In other words, Ayuso, as president, cannot dismiss any Citizen counselor. And vice versa. Tables on the board.

“Coexistence (with Escudero) is being complicated, but it can be redirected”

Aguado and his wayward counselor with Ayuso have known each other for six years, when they had coffee in the Assembly’s cafeteria. Aguado was shocked that Reyero was almost three years asking for help for his mother, who was admitted to a nursing home. To improve that, they say in his environment, he entered politics: “He has come to change the model of residences.” Aguado and Reyero’s friendship is a fact. Days before the government agreement with the popular, Aguado called him to indicate his future: “Go preparing the portfolio of Social Affairs, I want you in the Government.”

On the popular side, more of the same happens. Escudero and Ayuso have been the wall of the pandemic in Madrid. Their public battle against the Sánchez government has multiplied and has united them even more. Neither party wants to lose their discord bishops. It would be a defeat before the adversary, before his voters and before his partner in government. The advance of the electoral process would solve the conflict immediately, but it would imply a decision of unpredictable proportions and it has already been denied by Ayuso. “I have what I want, which is an agreement with Ciudadanos and Vox. Now I just need patience, “said the president a few days ago.

Aguado, for his part, replied that removing Reyero would be little less than “political-fiction.” Next Wednesday they will all sit again. Are you comfortable with the Minister of Social Affairs in the Government ?, asked the popular Minister of Health. “Well I … my real concern is older people. I do not understand that he makes those statements, but well. An hour later, Reyero replied: “Coexistence is being complicated, but it can be redirected.” And then he released: “I have been chosen by the people of Madrid and my loyalty is to the people of Madrid.” Aguado defended the two publicly throughout the week. Ayuso only opted for his. And on Friday, in the midst of a storm, the President and the Vice President were silent.

Niagara Falls: Hotels are lighting up with hearts in solidarity with communities affected by...