Home World Thousands turn out in Minsk in support of Lukashenko opponent ahead of... 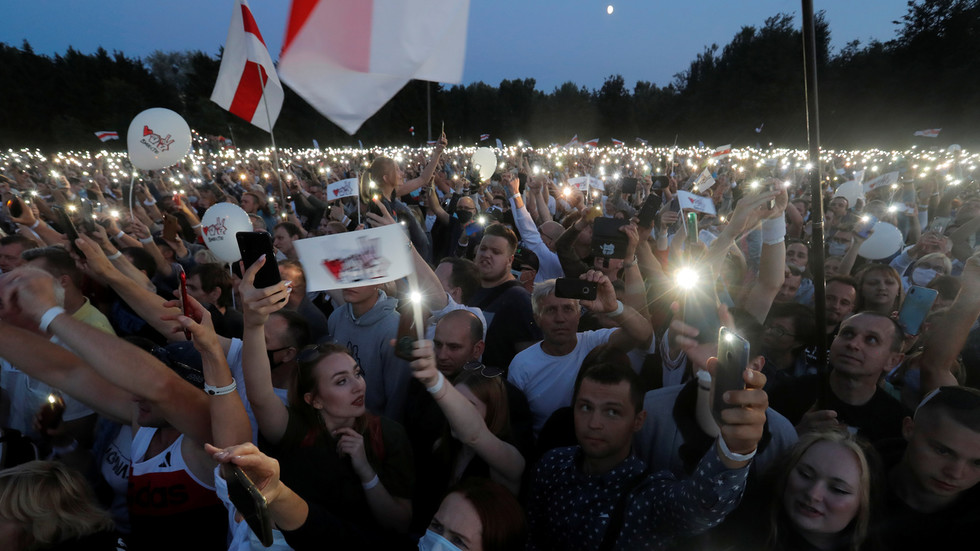 A sea of people has filled a park for a rally in support of Svetlana Tikhanovskya, the opposition candidate in the Belarusian election set for next week, in what is reported to be the biggest anti-government protest in a decade.

Thousands of people flocked to the ‘Druzhba’ [Friendship] park in the Belarusian capital, Minsk, on Thursday to voice support for Tikhanovskya, who has emerged as a top challenger to the incumbent Aleksandr Lukashenko after several prominent opposition candidates were disqualified from the race.

The latest data from @viasna96: at least 63,000 rallied tonight in #Minsk. It’s one of the largest rallies in #Belarus then. Also,the site is not popular in the city. Security measure were increased,too. Usually,pre-election rallies were not popular at all pic.twitter.com/6l2xEuqdxR

Tikhanovskya first addressed the rally in Belarusian, and then switched to Russian. She said that she rejects revolution, and wants…

Shakira’s tongue was the meme of Super Bowl night