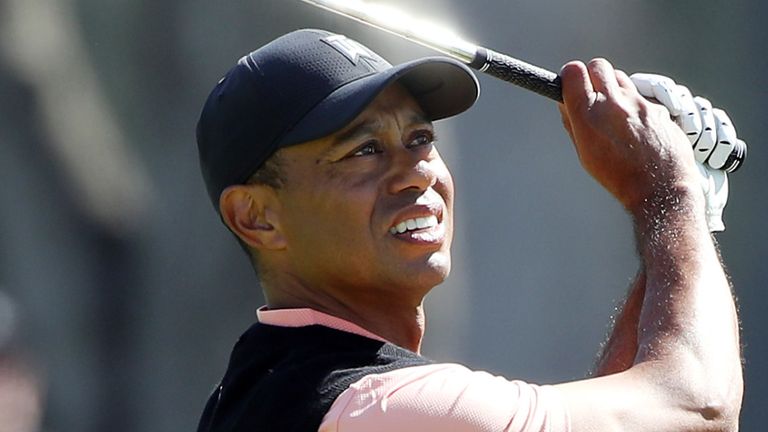 Tiger Woods has confirmed he will make his return to PGA Tour action next week at the Memorial Tournament.

Get the best prices and book a round at one of 1,700 courses across the UK & Ireland

The 15-time major champion will headline a star-studded field at Muirfield Village, an event he has won five times, having sat out of the first five PGA Tour back since golf’s resumption from the coronavirus pandemic on June 11.

Woods has not played an official PGA Tour event since the Genesis Invitational in February, where he finished last out of those who made the cut, with the 44-year-old then skipping the Arnold Palmer Invitational and The Players due to a back injury.

The former world No 1 was last seen starring in The Match: Champions for Charity back in May, where he formed a winning partnership with Peyton Manning to defeat Phil Mickelson and Tom Brady, with Woods now looking forward to returning to competitive action.

In a short statement, Woods tweeted: “I’m looking forward to playing in the @MemorialGolf next week. I’ve missed going out and competing with the guys and can’t wait to get back out there.”

Woods has more victories at the Memorial Tournament – hosted by Jack Nicklaus – than any golfer in history, having followed three consecutive victories between 1999 and 2001 with further successes in 2009 and 2012.

This year’s tournament will be held without spectators due to the ongoing coronavirus pandemic, after the PGA Tour confirmed that they had abandoned plans to allow fans into the Ohio event.

Rory McIlroy, Jon Rahm and Brooks Koepka are all set to be in the field for the event, where Patrick Cantlay is defending champion after finishing two strokes clear of Adam Scott in 2019.

Get the best prices and book a round at one of 1,700 courses across the UK & Ireland