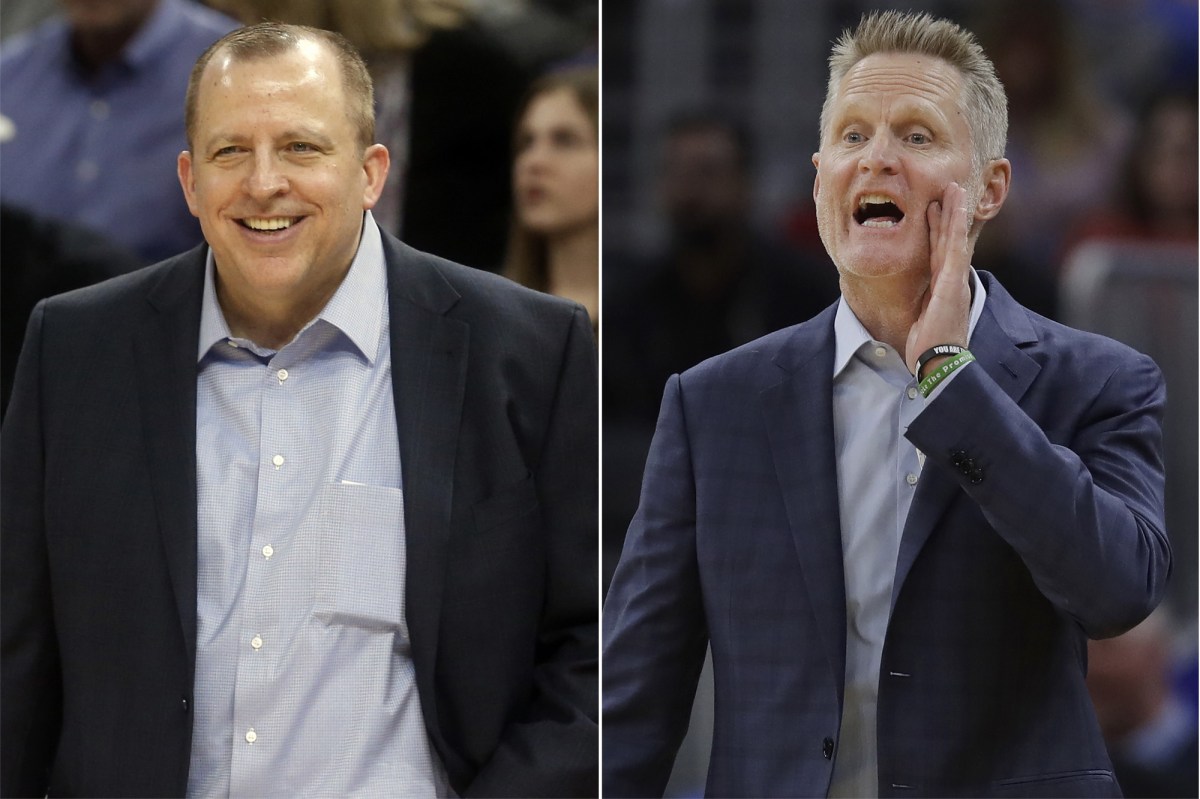 Considering Thibodeau was fired by the Timberwolves a year before, allegedly for not relating well to the Wolves’ young prospects such as Wiggins, he would seem to be the last person to offer Warriors coach Steve Kerr advice on how to coach the 2014 No. 1 pick.

“We had just traded for Andrew Wiggins and he was really helpful,’’ Kerr told The Post in a phone interview Saturday from his home in San Diego. “I had a long conversation with [Thibodeau] about Andrew. He gave me some good advice on ways to connect with Andrew, how much he enjoyed coaching him and why. We’ve gotten to know each other over the years. [Thibodeau has] been very helpful to us.”

During his unemployment, the new Knicks coach visited several clubs this season to be close to the game. The Warriors always have been a favorite pit stop, partly because of his friendship with his former Bulls assistant Ron Adams, now an assistant with Golden State. Before Thibs took the Minnesota job after being fired by Chicago,…

Miley Cyrus Spoils Cody Simpson With An Expensive Personalized Gift As They Spend His...

How Excited Should We Be About Reagan National Airport’s Upcoming New Terminal?