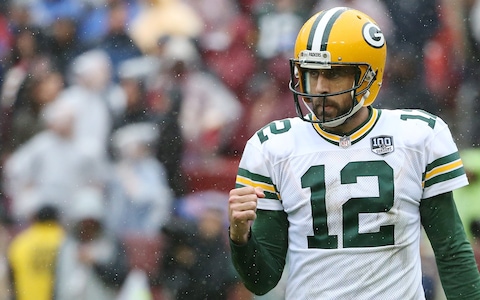 Sports terminology can vary greatly around the world. For example, in the UK, football (as in the English Premier League) is known as ‘football’. While in the United States it is known as ‘soccer.’ The word soccer is actually a late 19th-century English abbreviation of ‘association football’. The name association football was used to distinguish the game from ‘rugby football’ (now usually just called rugby).


“Australian Rules Football” (CC BY 2.0) by markehr
If that’s not complicated enough, the term ‘football’ in the USA refers to the game played in the NFL, sometimes called ‘American football’. Then there is ‘Australian football’ (AKA Aussie rules) which is a different game altogether. Confused? You should be.

Speaking of Australia; if you ever visit, you might want to brush up on some sports and gaming technology so you are not left looking bewildered in the middle of a conversation. Just like in parts of London in the UK, Australians like to use rhyming slang. So don’t be surprised if you hear it in everyday conversation. In rugby, a try might be referred to as a ‘meat pie,’ while a goal in football is sometimes described as a ‘sausage roll.’

Also, if someone tells you they are going to the game this ‘arvo,’ they mean they are going in the afternoon. In the morning, they might want to take a ‘Davey Gower’ (shower), named after the famous English cricketer. If they tell you they’ve had a ‘dingo’s breakfast’ it means they’ve had no breakfast at all. On the way to the game, they might want to stop off for some ‘scratchies’ (scratch cards) or for a go on the ‘pokies’ – these are basically video slot machines that can be found in certain bars and establishments as well as online. So when someone asks “what’s your favourite pokies types?” you’ll know what they mean.

The Aussies can make things confusing by using a mixture of US and UK terms. So in the Hyundai A-League, soccer is sometimes called football, shutouts are sometimes called clean sheets, etc.  But ‘footy’ always refers to Aussie Rules. And then they throw a curveball by sometimes referring to a goalkeeper as a ‘gloveman.’ When two players enter into a face-to-face confrontation it is known as ‘shirtfronting.’

When talking about a certain player’s lack of talent they might say: “You can’t put in what God left out.” Or when a player fails to find the target with a shot: “They couldn’t hit a bull in the backside with a handful of wheat!” If there is a young player they want to give a chance to, they might declare: “They deserve a fair shake of the sauce bottle.”

After the game, they might to stop at the ‘bottle-o’ (liquor store) or bar and “blow the froth off a few” (have a few beers). And if they take you for a surf lesson later, don’t be surprised if they call you, or your beginner’s board, a ‘shark biscuit.’ Hopefully, that is enough to keep in the sports conversation on your next trip Down Under.

Tesla Cybertruck Home windows Would Have Been Unbreakable if Not for the Sledgehammer: Elon...

Juicy J Slams His Record Company in New Song, Then Backs Down