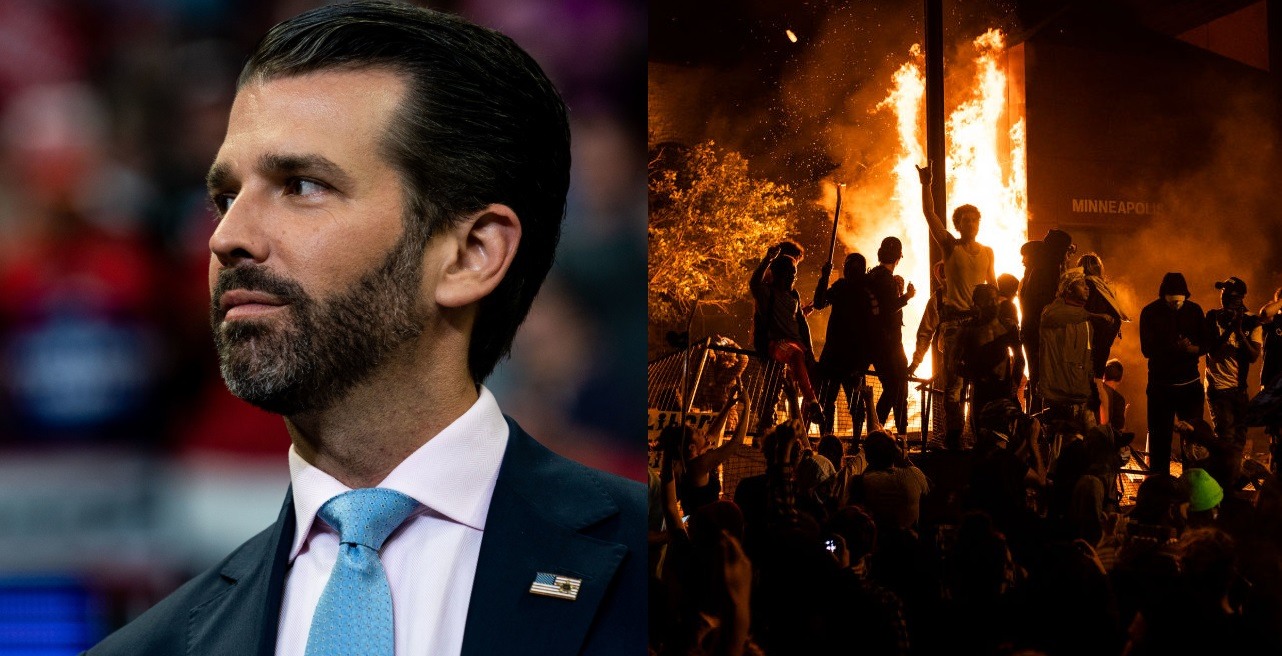 Donald Trump Jr has backed his father’s hardline on working with violent protests, arguing that anyone letting the violence happen should be held accountable

A Preview Of Joe Biden’s America

Trump Jr. spoke to Fox and Friends, and argued that what we have been seeing now with violent Black Lives Matter protestors, and vandals tearing down statues of historic figures, is simply a preview of “Joe Biden’s America” if the former Vice President gets elected in November.

“You see what’s happening now. They arrested the ring leader of one of these monuments. They’re starting to arrest people that are desecrating public property,” Trump Jr. noted. “This is not stuff that would be allowed to go on, and it shouldn’t be by anyone, so him stepping up and doing that when governors or these leftist mayors who have allowed this stuff to happen in their cities when they won’t step up, someone else has to. Someone has to be held accountable.”

“I don’t want CHOP and those kinds of zones coming into my backyard, and that’s what the left is trying to do,” that he added. “They want that to take over the rest of America. They don’t want rule of law, and that would be Joe Biden’s America.”

Trump Jr. Is Slightly Wrong – It Was Never About Racism!

The President’s son argued that the Black Lives Matter movement “isn’t about racism anymore, and we have to stop pretending that it is,” before attacking Democrat mayors and governors for letting the mobs run rampant and also “encouraging” their violent behavior.

This last point is the only 1 I would disagree with Trump Jr. on – these violent protests were never about racism to begin with! The Black Lives Matter movement has been full of far left, Marxist agitators right from the start, who want to make racial tensions in order to bring communism to the United States of America. We must never allow them to do this.

With no positive COVID-19 tests, PGA Tour to share strategy with other leagues