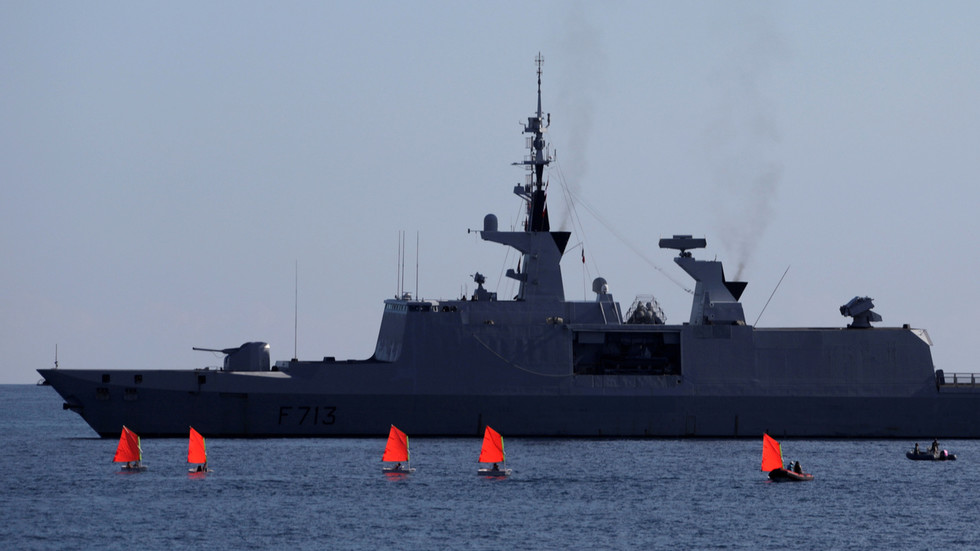 Ankara has called on France to apologize for an alleged naval altercation in the Mediterranean, claiming that Paris has falsely accused Turkey of preventing an inspection of a freighter destined for Libya.

Turkish Foreign Minister Mevlut Cavusoglu made the demand on Thursday, stressing that France’s characterization of the June event was “not true.”

“France should apologize to us,” he said at a press conference with his German counterpart, Heiko Maas.

France claimed last month that its navy had a confrontation with three Turkish warships escorting a freighter suspected of violating the UN arms embargo on Libya. The French vessel was part of a NATO mission to enforce the measures. According to French defense officials, its naval ship was “lit up” three times by Turkish targeting radar when it tried to approach the freighter. France has denounced the incident as an aggressive and hostile act.

Paris suspended its participation in the international naval patrol on Wednesday.

Relations between France and Turkey have plummeted in recent weeks, as both nations accused the other of violating the arms embargo. French President Emmanuel Macron has called Turkey’s role in Libya “criminal,” while Ankara maintains that the “biased” French have turned a blind eye to the embargo in order to prop up commander Khalifa Haftar.

The Treasury proposes to postpone taxes on 3.4 million SMEs and the self-employed |...