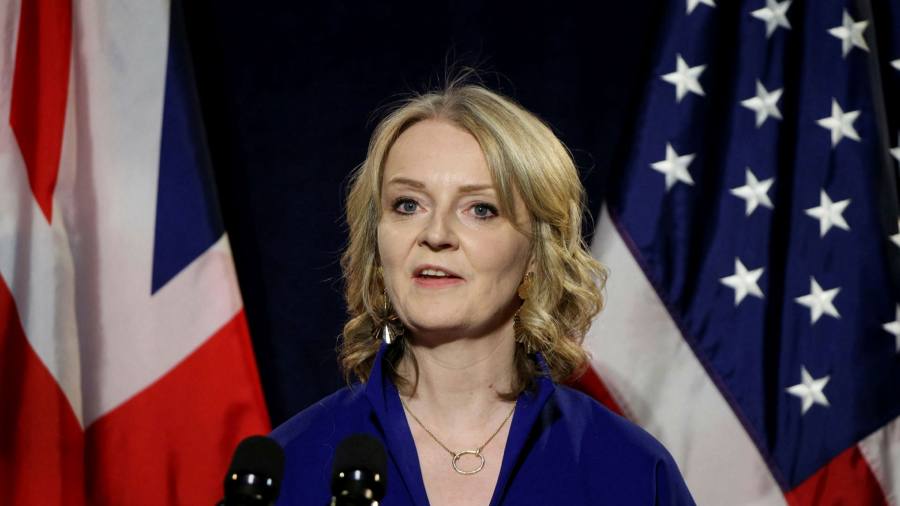 Britain’s trade secretary Liz Truss will meet top American officials in Washington next week in their first talks since the UK and US launched trade negotiations.

The meeting comes as the two sides press ahead into the second week of the third round of talks, which have so far been conducted through online video conferencing because of the coronavirus pandemic.

Two people familiar with Ms Truss’s schedule said she was expected to be in Washington from this weekend, with a third person saying that the British cabinet minister was expected to meet Robert Lighthizer, the US trade representative, on Monday and Tuesday to discuss progress made so far.

“I think they see this as an opportunity to take stock of where we are, agree next steps and priorities and continue to build their relationship,” said a person familiar with the talks.

A USTR official confirmed that Mr Lighthizer was set to meet Ms Truss in Washington. A British official also confirmed the meeting.

Ms Truss’s visit to Washington despite the escalating coronavirus case numbers in the US underlines the UK’s desire to quickly strike a free trade agreement with America, which has been seen as a major prize by British officials.