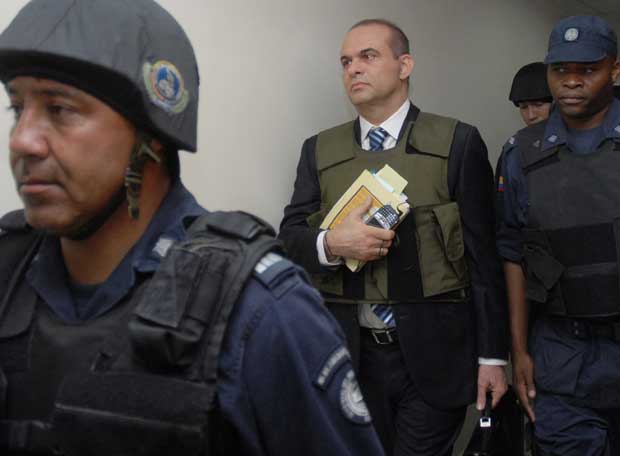 Former President Álvaro Uribe, one of the strongest opponents of the possibility that the guerrillas do not pay for their crimes before the courts, criticized the start of the peace talks in Oslo, saying that “the Europeans do not understand, but we cannot accept what happened in some Central American countries, where they forgave the guerrillas for everything and took them to Parliament. In these places, the guerrillas were not drug traffickers and there was an imperfect democracy. Here we have had a respectable democracy. ”

During the launch in Medellín of his book There is no lost cause, The former president, who maintains a frontal distancing with the way of governing of President Juan Manuel Santos, was also emphatic in affirming that although there are reduced sentences, they should be maintained. “It is acceptable because they are sacrifices that justice must make for the sake of peace,” said the former governor.

For the president of the Colombian Congress, of the government’s National Unity Party, Roy Barreras, the difference in approach between the guerrilla of the Revolutionary Armed Forces of Colombia (FARC) and the government’s speech at the beginning of the talks was not a surprise. “We Colombians are not surprised because the FARC’s political and economic vision is diametrically opposed to that of the Government. Because there are differences, dialogue is necessary, ”he said.

The president of the Liberal party, also in the Government, Simón Gaviria, also found the differences between the speeches of the two parties to be normal and stressed that “what needs to be highlighted is the will to end the armed confrontation, both of the guerrilla, like the government ”.

Meanwhile, the representative in the House of the opposition Polo Democrático (left), Iván Cepeda, it was logical that the two sides make differences. “Of course, different approaches emerge. It will not be an easy path, but these conversations are the key to get the process moving forward and reach an agreement that ends the conflict. ”

For his part, the former paramilitary chief Salvatore Mancuso took advantage of the beginning of the negotiations to make a statement by sending a letter in which he expressed his “joy” at the start of the talks between the FARC and the Government, at the same time that he asked to participate actively in the process . According to the former paramilitary, detained in a Virginia prison (United States), where he faces a trial for drug trafficking, “a peace process that does not include the vast majority of the actors in the conflict will be insufficient.”

Will Erdogan Turn Hagia Sophia Back Into a Mosque?