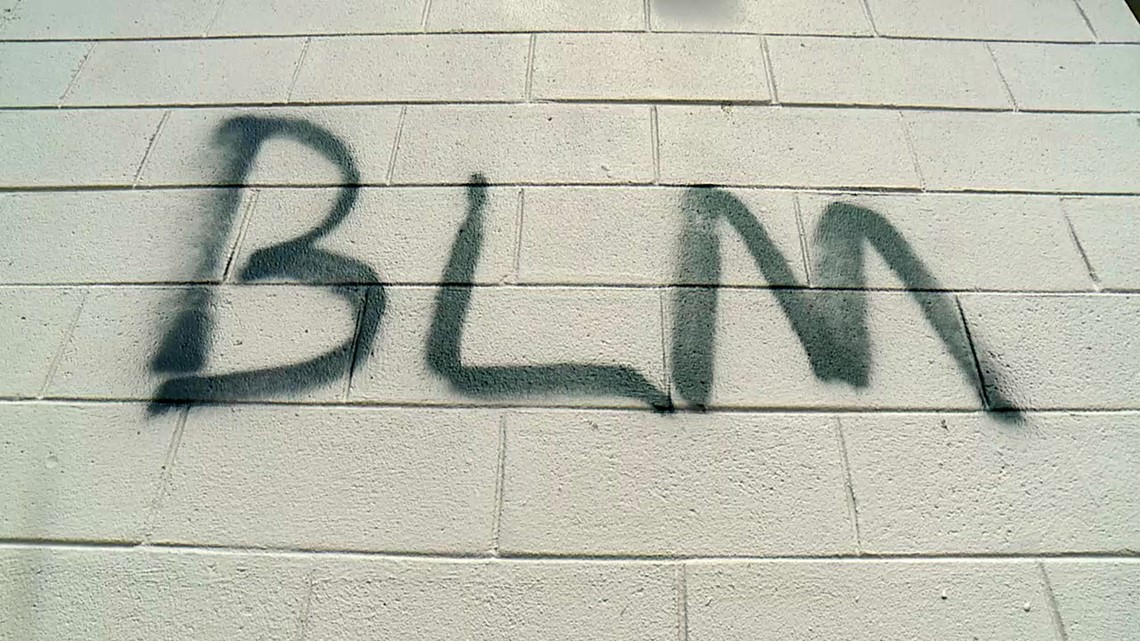 Some time before Thursday, graffiti was sprayed on several buildings at the Battaglia Field and Cawley Field and individuals who make use of the fields are disappointed

SCRANTON, Pa. — Sometime between Wednesday evening and Thursday morning, graffiti was sprayed at the Battaglia Field and Cawley Field in West Scranton.

“When we come in in the mornings and we see stuff like this, it’s kind of discouraging. All the hard work that we’re putting in for the local kids and then people are coming in defacing the property. It is kind of sad,” said Brian Minich, West Scranton H.S. baseball coach.

The messages sprayed on dugouts and buildings were more specific this time around: BLM for Black Lives Matter was scrawled on walls in black spray paint.

“I get the reason behind it, but I feel like putting just messages up on a West Scranton baseball field isn’t really going to do anything justice,” said Cameron Butka of Scranton.

The Black Lives Matter movement has been holding protests over the last couple weeks, two of these in the town. Brian Minich feels like it was the wrong place for this message.

“Our team motto is family. We’re all the same you know we treat each other like brothers, and we don’t look at stuff that way, so when we see stuff like that here, it is kind of disheartening because it takes away from the message that we’re trying to teach our kids that we’re all one,” continued Minich.

This isn’t initially that the field has been vandalized and people here have to constantly clean it up but that doesn’t get this to incident anymore disappointing.

“We’ve spray-painted over stuff many times, cleaned, that’s it. It just becomes part of the grind, when you’re dealing with a public area like this, and unfortunately, it takes away from stuff we could be doing to help promote the kids and give them a safe atmosphere to play,” said Minich.

People who use the complex hope that once Lackawanna County goes green next Friday, you will have more people utilizing the fields to deter anymore vandalism.