Home World Viewpoint: What Donald Trump gets wrong about Somalia 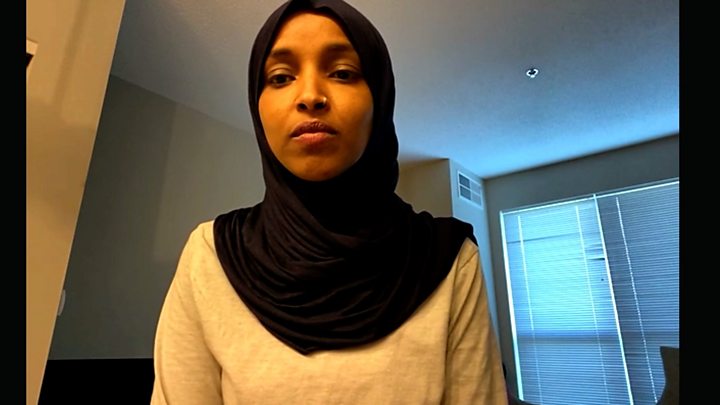 In our group of letters from African journalists, Ismail Einashe considers how Somalia is becoming caught up in the usa election campaign.

President Donald Trump is making Somali-American congresswoman Ilhan Omar one of the bogeywomen of his campaign for re-election to the White House in November – and by proxy her country of birth, Somalia.

In his newest attack, at a campaign rally in Tulsa, Oklahoma, he tore into the 37-year-old alleging that she desired to bring the “anarchy” of Somalia to the united states.

“She would like to make the government of our country just like the country from where she came – Somalia. No government, no safety, no police, no nothing, just anarchy. And now, she’s telling us how to run our country. No, thank-you.”

Ms Omar, who arrived in the US as a young child refugee in 1995, may be the congressional representative for Minnesota, which includes the town of Minneapolis where African-American George Floyd was killed by police in May, reigniting Black Lives Matter protests.

But it was Ms Omar’s Somali heritage the president made a decision to focus on in Tulsa, perhaps to distract from all of the turmoil and unrest nearer to home.

In response Ms Omar said his remarks were “racist”. She added that his anger came out of a recent poll that had shown him trailing his rival, Democratic presidential candidate Joe Biden, in her state, which can be home to a large Somali-American community. 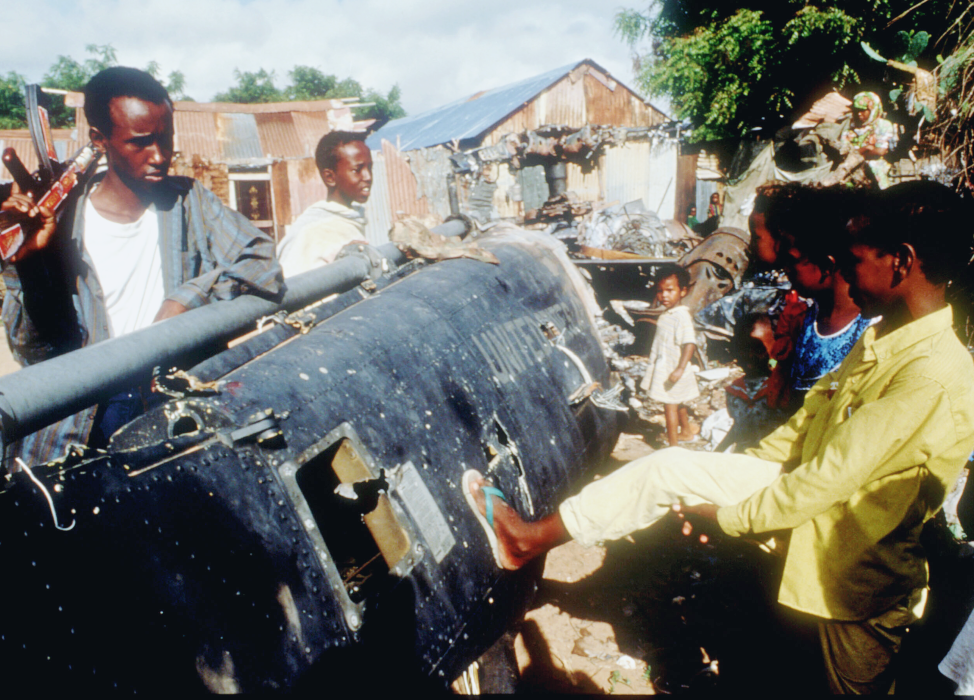 The president described Ms Omar as a “hate-filled, American-bashing socialist”, warning she would have a role in shaping the nation if Mr Biden were to win.

This is even though the pair are on opposite ends of the Democratic Party – Ms Omar was a prominent supporter of Bernie Sanders to win the Democratic ticket.

But such rhetoric plays well to his base, so the electoral stage has been set, the cast chosen – and Ms Omar and Somalia have starring roles.

In fact they both debuted last year at Mr Trump’s rally in North Carolina, where the crowd chanted about Ms Omar: “Send her back! Send her back!”

It echoed the “lock her up” phrase adopted by his supporters against his rival Hillary Clinton in the run-up to the 2016 presidential election.

Ms Omar, who’s a fierce critic of the president, had been in hot water at that time – censured by both Democrats and Republicans – for stoking stereotypes about Jews and had apologised for tweets implying US lawmakers only support Israel because of lobby money.

Republican Senator Rand Paul had wanted to buy a plane ticket for the “ungrateful” Ms Omar to go to Somalia. He suggested she should return to get yourself a better appreciation for the United States.

Somalia ‘not a Hobbesian nightmare’

It seems Mr Trump’s view of Somalia is due to the aftermath of the overthrow of Siad Barre in 1991, since when it has popularly been considered one of the world’s most failed states.

This label has stubbornly stuck even while the situation has improved in the united kingdom.

While Mr Trump imagines that Somalia does not have any laws, no police with no government, this really is far from the fact on the ground.

While al-Shabab does still stage attacks in Mogadishu, it isn’t the Hobbesian nightmare of a country that President Trump describes.

The impressive new National Theatre was revealed just the other day – you will find fancy hotels, cafes and beach-side restaurants in Mogadishu and the town even features a literary festival, the annual Mogadishu Book Fair.

Hargeisa, capital of the self-declared republic of Somaliland, is one of the most peaceful cities in the Horn of Africa, with libraries, the Hargeisa Cultural Centre as the Hargeisa Book Fair, which includes been occurring for greater than a decade, allures thousands each year.

And even though it is not recognised internationally, Somaliland has held successive free and fair elections, making it the strongest democracy in the Horn of Africa.

On the economic front, while there are numerous challenges compounded by drought, coronavirus and a locust infestation, there’s also good news.

Dahabshill and World Remit, two of the largest money transfer organizations in Africa, were founded by Somalis and the nation is virtually a cashless society with everything paid by mobile money.

A UN-backed government is making small steps in rebuilding the nation and tackling Islamist militants – helped by the countless Somalis in the diaspora returning home.

The returnees include current President Mohamed Abdullahi Mohamed, popularly referred to as “Farmajo”, who had been a registered Republican in Buffalo and gave up his US citizenship to run the nation in 2017.

Perhaps the view of Somalia for Mr Trump and his supporters is still tarnished by events in 1993 – probably one of the most important American foreign interventions in Africa, when US troops launched a disastrous raid in the Somali capital, Mogadishu, to capture a robust warlord.

Two US Black Hawk helicopters were shot down, and 18 US soldiers and more than 500 Somalis were killed in the battle.

The scenes of the soldiers being dragged through the streets shocked Americans and had an important impact on US foreign policy in the region.

But under President Trump the US has been engaged in a secret war in Somalia against the Islamist militant group al-Shabab, using drones and special forces, something few Americans know about. Some Somalis find Mr Trump’s view of the country disconcerting, arguing it is in part his policy which has made the nation more dangerous – and saying Somali civilians, not militants, are often the causalities folks drone attacks that have increased under his presidency.

Somalia’s collapse, not quite three decades ago, dispersed Somalis around the globe from the arctic circle to New Zealand.

In the united states, Minneapolis houses one of the largest Somali diaspora populations on the planet – a visibly black and Muslim community.

Since 9/11 there have been fraught conversations within the place of Muslims in America. Mr Trump often uses anti-Muslim rhetoric in his portrayal of good versus bad migrants, playing in to these fears.

For the president, Ms Omar doesn’t fit into his idea of a “good migrant”. The proud Hijab-wearing politician fought for her to wear headwear in the House of Representatives, overturning a 181-year ban.

She just isn’t afraid to be Muslim – something that differentiates her from another prominent American-Somali woman Ayaan Hirsi Ali, a former Dutch politician, who’s a vocal critic of Islam.

Last year, Tucker Carlson, a host on Fox News – Mr Trump’s favourite news channel, contrasted Ms Hirsi Ali and Ms Omar, saying: “Two Somali immigrants, one among the most impressive people in America. The other, among the least.”

As the US campaign drama unfolds over the next five months, you can expect more of these culture wars to be played out at Mr Trump’s rallies.

Google has a new Stadia starter kit, and it’s $30 cheaper

Germany among 13 countries who switch their vote at UN in favour of Israel...