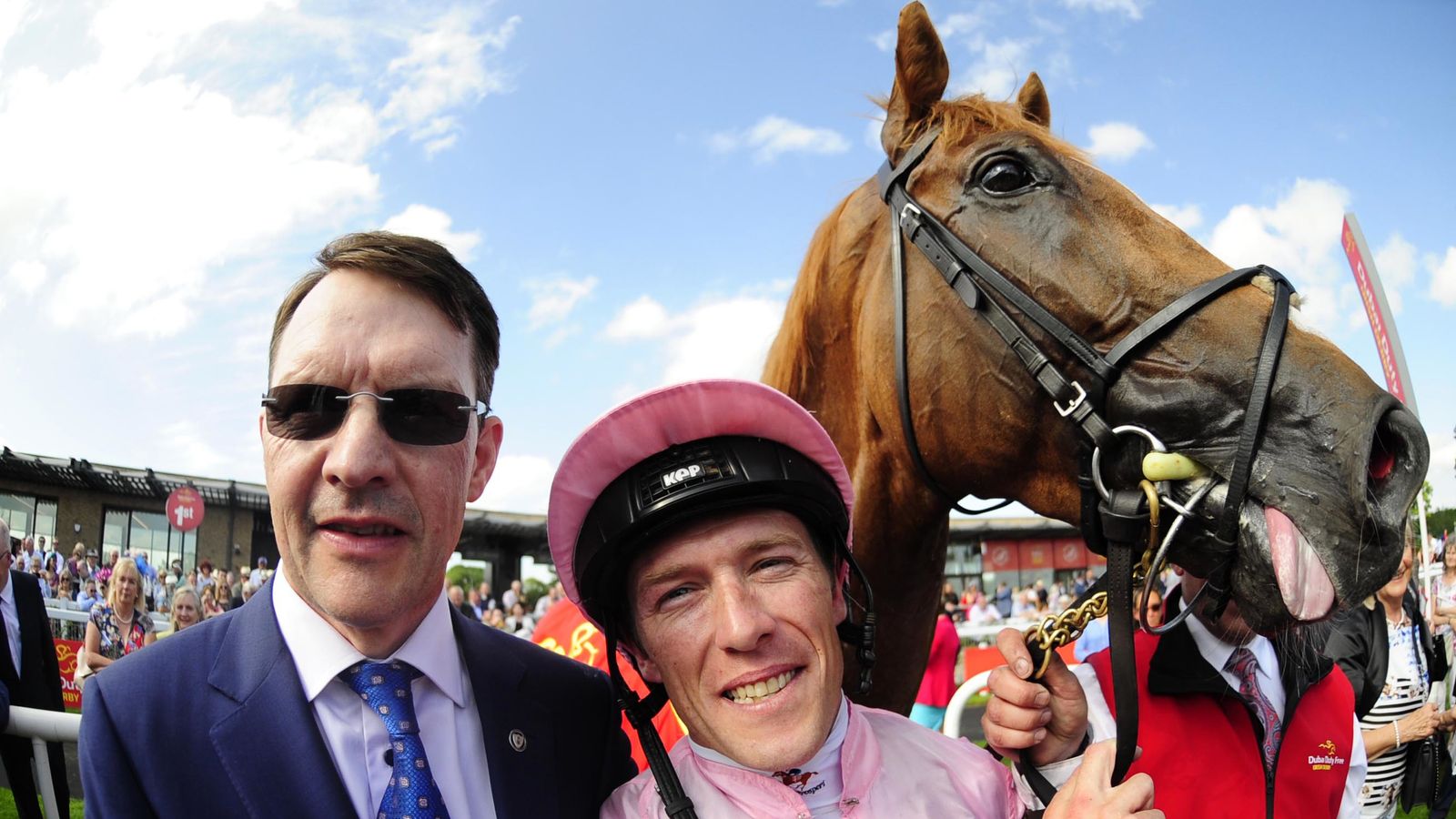 Last year’s Dubai Duty Free Irish Derby winner Sovereign returns to action for the first time since his finest hour in the Comer Group International Vintage Crop Stakes at the Curragh on Saturday.

The Aidan O’Brien-trained Galileo colt faces seven rivals in the Group Three contest, having last been seen causing a 33-1 upset for Classic glory.

Ridden by Padraig Beggy, Sovereign bowled along at the head of affairs and showed no signs of stopping to beat Investec Derby hero Anthony Van Dyck by six lengths, having been well behind his stablemate at Epsom.

Seamie Heffernan takes over from Beggy in the saddle, and O’Brien said: “He’s just ready to start, he’s been off a long time. He’s done very well but will improve plenty from the run.

“Ideally we might have liked to start a couple of furlongs shorter (than a mile and three-quarters), but the race was there to suit him so we said we’d start and go from there.”

He is O’Brien’s sole representative, while Joseph O’Brien runs both Master Of Reality and Twilight Payment.