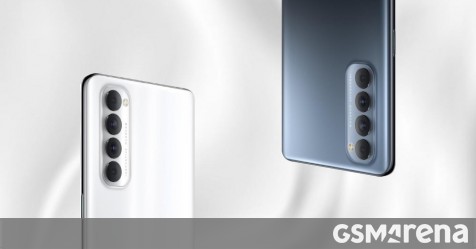 Today we want to talk about four phones – the Oppo Reno4 Pro and Reno3 Pro. No, we didn’t count wrong, there’s four of them. Part of the problem is that Oppo releases different-specced models for the Chinese market and if that’s all there was, we wouldn’t have an issue.

But there’s some overlap. Let’s start with the global Oppo Reno4 Pro which was announced this week. It has a 6.5″ AMOLED display (1080p+ resolution), which impresses with its 90Hz refresh rate and 1,100 nits peak brightness. Also, the 4,000 mAh battery charges at a whopping 65W – 5 minutes of charging is all you need for 4 hours of watching YouTube.

However, the Snapdragon 720G chipset leaves us scratching our heads. It’s more powerful than the Helio P95 found inside the global Reno3 Pro and it’s a fine chipset, though it stings to know that in China the Reno4 Pro gets a Snapdragon 765G (but let’s ignore that one, since it’s not available anywhere else).

The camera setup is confusing too. On its back it has a 48MP main camera (1/2.0″ sensor) and no telephoto cam, on the front is a single 32MP selfie cam.

In India the Reno3 Pro is quite different. It’s based on the Helio P95 (which as mentioned is weaker than the S765G) and the screen…

Hillary Clinton says ‘nobody likes’ Bernie Sanders as she refuses to say if she...

Commissioner Jay Monahan wants PGA Tour to be ‘part of the solution’ during social...