Home Sports Golf When Dustin Johnson is on, Bryson DeChambeau can hit as far as... 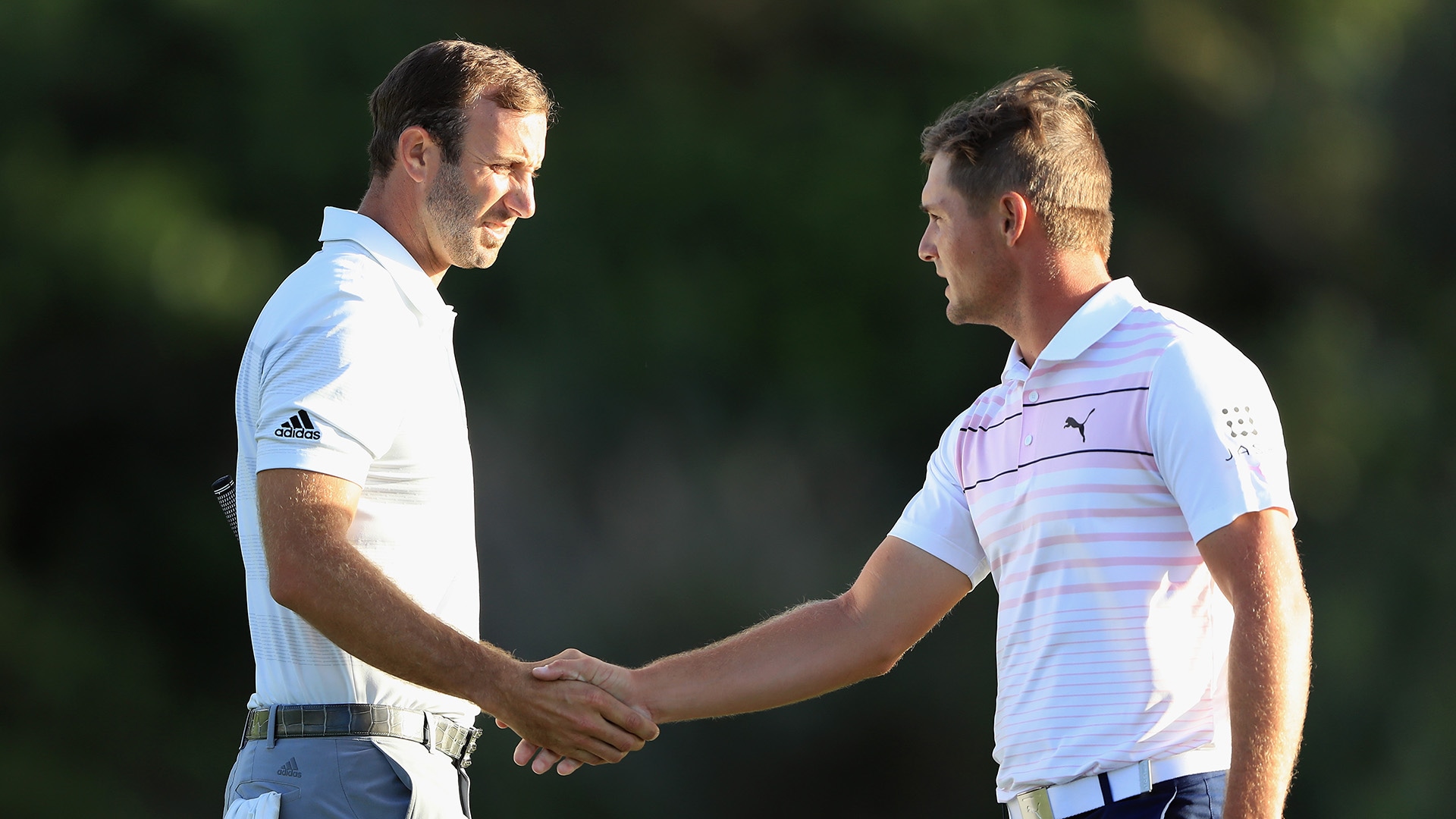 DUBLIN, Ohio – At age 36, Dustin Johnson is the veteran of the game’s big hitters, but he still has plenty of pop when he needs it.

The only question is how often to access that extra gear.

Bryson DeChambeau has been swinging out of his shoes, but his rare combination of power and accuracy has produced remarkable results, including a victory two weeks ago at the Rocket Mortgage Classic, during which he averaged 350 yards on his measured tee shots. Now up to No. 7 in the world, a bigger, stronger, faster DeChambeau has ripped off seven consecutive top-8 finishes.

It’s a potential game-changer for the sport – especially if DeChambeau’s brawny game translates to the majors – and Tony Finau was quick to jump back into the speed race, posting on social media a tee shot in practice that registered a 206-mph ball speed and carried 383 yards.

Johnson has ranked inside the top six in driving distance every season he’s been on Tour, all while going after it at less than 100-percent effort.

What would happen if he went full bore, like DeChambeau?

“I’d probably hurt something,” Johnson said, laughing. “That’s why I don’t do it. And I wouldn’t find half of them.”

Johnson was partly kidding. He’s coming off knee surgery, so the idea of dialing up his swing speed could have consequences. But he also knows the difference between practice-tee games and tournament competition.

“When I’m on the range, sometimes I’ll start hitting them hard just for fun, and I generally hit them pretty straight,” he said. “But it’s different when you’re on a wide driving range than when you’re on the golf course and you’ve got to hit it into a pretty narrow fairway.”

And “as of right now,” Johnson said, he doesn’t feel compelled to try and hit it farther during a tournament. After all, he’s fresh off a win at the Travelers Championship, the 21st of his Tour career.

“I feel like my game, with where it’s at, and how far I hit it is far enough, and until I feel like I need to hit it farther to compete or beat these guys, then that’s what I’ll do,” he said. “But for right now, I feel like, if I’m playing my game, (DeChambeau) can hit it as far as he wants to, and I don’t think he’s going to beat me.”

16-year-old boy attacked by a shark in North Carolina