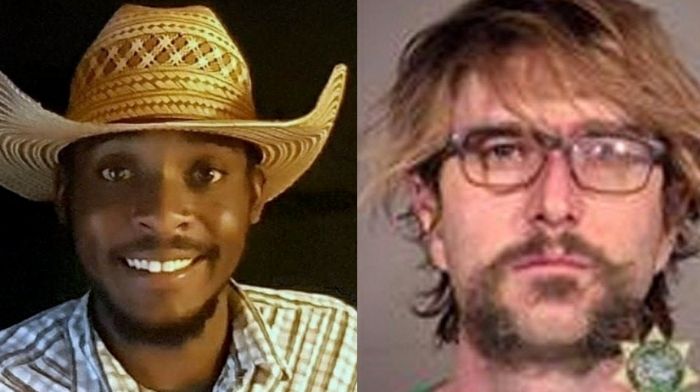 A black conservative journalist who was stabbed last weekend during the riots in Portland, Oregon is now saying that he was targeted because of his political beliefs.

“I was stabbed for being a conservative journalist,” Andrew Duncomb, 25, told the Oregonian, which explained that he records video of demonstrations and other political events using the moniker “Black Rebel.”

UPDATE: My friend Drew Duncomb aka #BlackRebel is out of the hospital and is on his way home!

Thank you all for your prayers! pic.twitter.com/nHEQCfG8BV

Duncomb, a young black man who openly supports President Donald Trump, said that he had traveled to Portland from his home in California last Friday to record footage of the violent riots that are happening outside of the Mark O. Hatfield United States Courthouse and county Justice Center.

“My main goal was to show that it wasn’t just the feds creating the problems,” Duncomb explained.

Once he arrived at the protests, Duncomb was recognized by someone who had seen his work online, and the person immediately alerted the other activists to his presence. Duncomb stated that early Saturday morning at around 2:30 a.m., a group started following him and his friends. After handing his video camera to a friend to keep it…