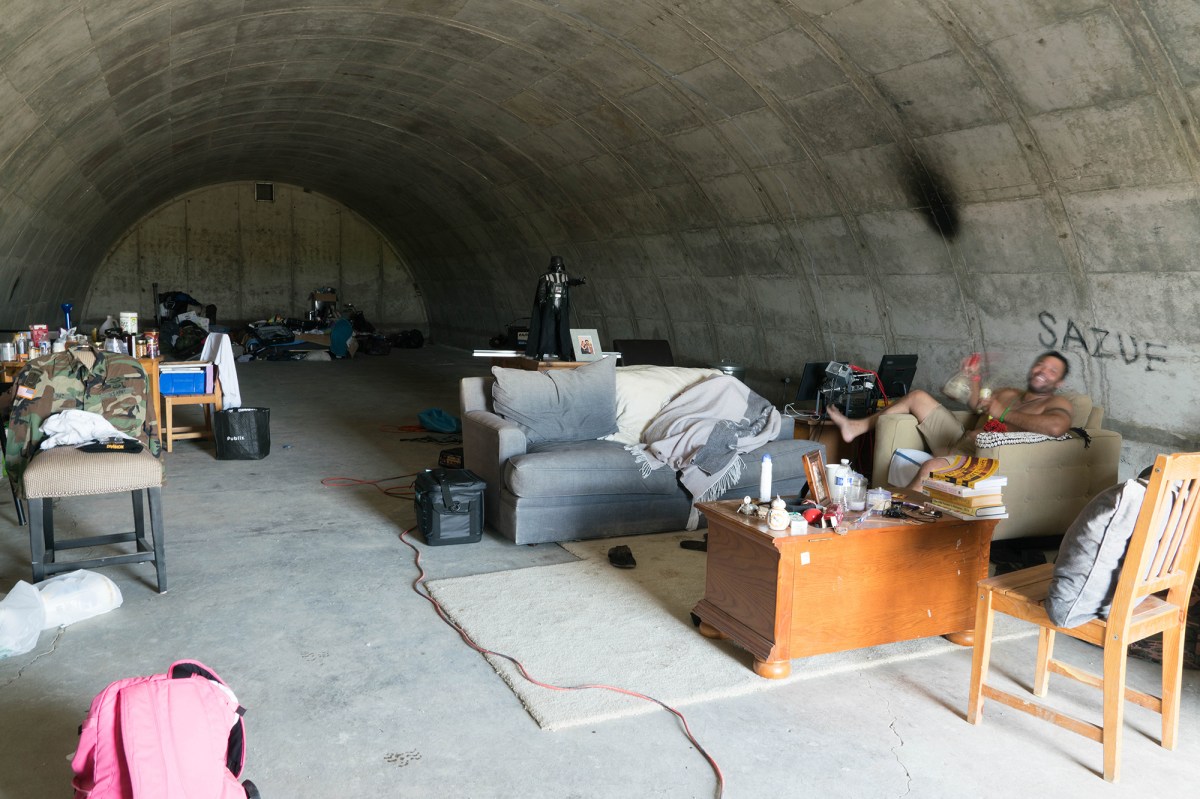 Tom Soulsby, 69, and his wife, Mary, were one of the first to buy a bunker at Vivos xPoint — the self-proclaimed “largest survival community on Earth” — near the South Dakota town of Edgemont. In 2017, he made a $25,000 down payment and signed a 99-year land lease (with fees of $1,000 per year) to occupy an elliptical-shaped, 2,200 square-foot underground concrete bunker once used as a military fortress during World War II to store weapons and ammunition.

What he got for his money is security — and not much else. Sealed by a concrete and steel blast door entrance, each shelter comes retrofitted with electrical wiring, an internal power generation system, plumbing, and walls designed to withstand a 500,000-pound internal blast. Everything else — food, entertainment, a sense of community — is up to the occupant.

Soulsby’s goal, as he explains to cultural geographer Bradley Garrett — author of the new book “Bunker: Building for the End Times” (Scribner), out Tuesday — was never to become a full-time bunker resident.

“This is just an insurance policy,” he said. “I’m going to fix it up and pass it down to my family. I hope no one ever has to use it.”

But if it becomes necessary — and with the COVID-19 pandemic and violent uprisings around the country, it seems…

Geoffrey Berman, Powerful US attorney who investigated Trump associates, refuses to step down after...