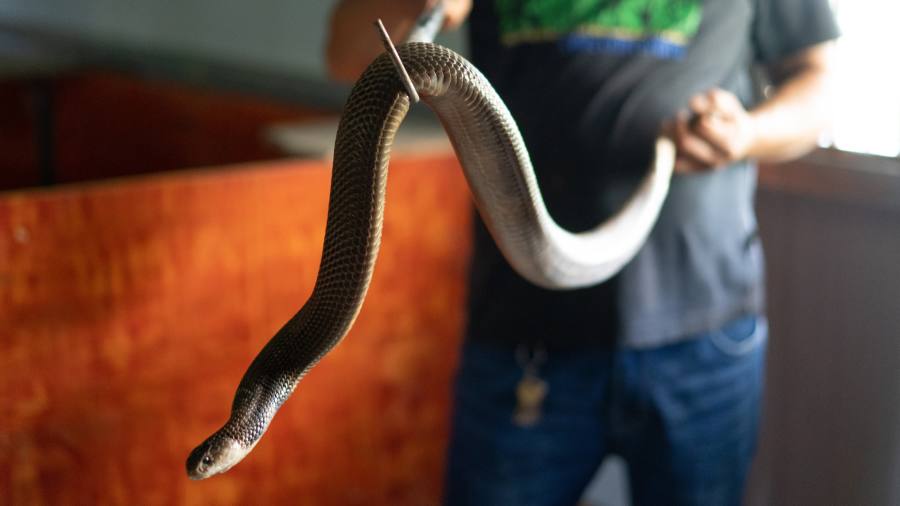 On the outskirts of Bolao town, five minutes down an overgrown dirt track into the jungle of southern China’s Guangxi region, Hua Chaojiang breeds cobras by the hundred. An acrid smell and a chorus of angry hisses meet us when we step into the darkness of the three-storey red-brick building. Hua, who has been raising snakes for 20 years, is unfazed. He reaches into one of the pens, grabs a tail and casually lifts up a complaining — and venomous — elapid snake. The four-year-old cobra is about as thick as Hua’s muscled arm and nearly twice as long. Hua laughs when asked whether the poisonous snakes have ever bitten him. “Of course,” he replies, using a metal pole with a hook to keep its fangs away from his body.

Despite their impressive size, Hua’s cobras are starving. Some are already dead. It is six months since the Chinese government banned the breeding and consumption of snakes and other land-based wildlife, as part of its response to the discovery of a novel coronavirus in the central city of Wuhan. Now that Covid-19 has turned from an epidemic to a pandemic, China’s prohibition looks like it could become permanent, leaving Hua with thousands of snakes and nowhere to put them. “If there is no market, what can I do with them?” he asks. To save money, Hua has cut down…

F1 could use Track and Trace app in the paddock