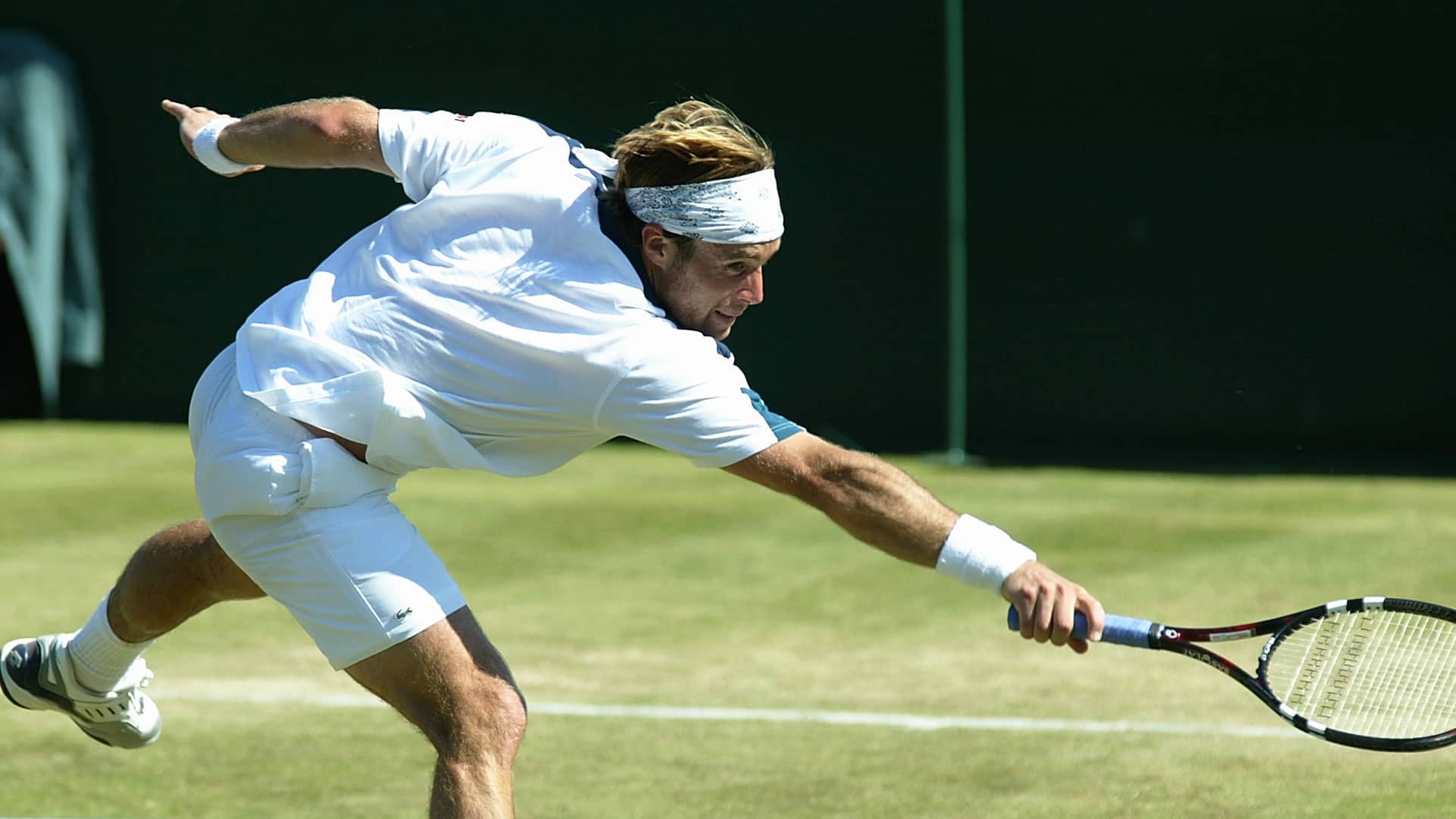 Editor’s Note: But for the COVID-19 pandemic, Wimbledon would now be underway. During the next two weeks, ATPTour.com will look back on memorable matches and happenings at the grass-court Grand Slam.

Before it was demolished in 2009, the original No. 2 court at Wimbledon was known as the “Graveyard of Champions” due to several top stars falling to unheralded players on the court throughout tournament history. But out of all the headline-grabbing stunners in that stadium, George Bastl’s second-round defeat of Pete Sampras in 2002 arguably tops the list.

The 27-year-old Swiss, then No. 145 in the FedEx ATP Rankings, lost in the final round of qualifying against Alexander Waske. He only snuck into the main draw after Felix Mantilla pulled out due to injury. Bastl made the most of his second chance by shocking Sampras, the seven-time Wimbledon champion and No. 13 seed, 6-3, 6-2, 4-6, 6-3, 6-4 for the biggest win of his career. The loss marked Sampras’ earliest exit from the All England Club in 11 years.

“It’s a nice story, isn’t it?” Bastl said afterwards. “I gave myself chances because I was practising on grass for the past three weeks. I had won my past three matches and I knew my game was improving match by match. I felt I would have some sort of a chance.’’

Sampras hadn’t won a tour-level title since defeating Patrick Rafter in the 2000 Wimbledon final and critics began to raise retirement questions after a performance that was well below his standards. The American struggled to find the timing on his serve, missed several routine forehands and appeared slower than in previous years.

Bastl remained calm when Sampras managed to level the match from two sets down and didn’t show nerves when victory was once again within reach. He shouted in delight after Sampras hit a forehand well long on match point and tossed his wristbands into the crowd. Meanwhile, Sampras sat stunned for several minutes before slowly walking off court to a standing ovation.

“I wasn’t at my best,’’ Sampras said. “But I felt like I was going to win the match, even though I was down two sets to love. It’s disappointing. I fought hard to get back into the match. It will be a tough flight home, knowing this is going on and I’m not here.

“I’m not going to end my time here with that loss. I want to end it on a high note and so I plan on being back. As long as I feel like I can continue to win majors and contend, I’ll continue to play.’’

Bastl quickly fell in the next round to eventual runner-up David Nalbandian and primarily played on the ATP Challenger Tour for the rest of his career. Although Sampras never returned to Wimbledon as a competitor, he fulfilled his goal of ending on a high note. He won the US Open three months later in what would be his final professional event.