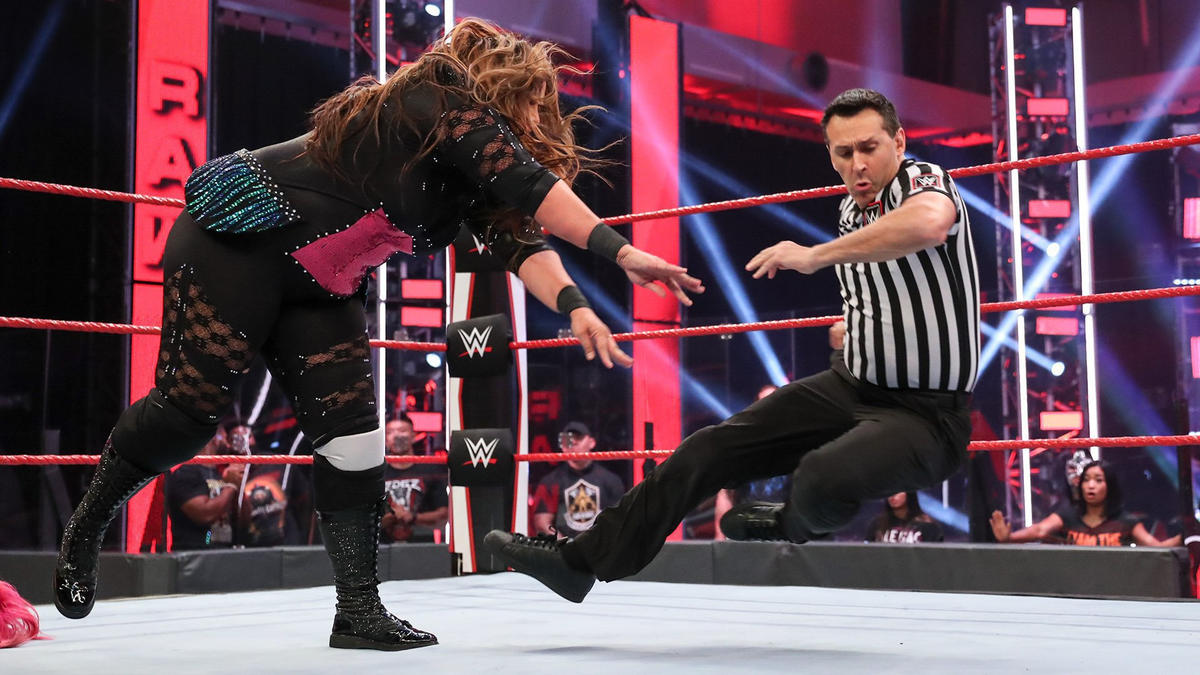 After their WWE Backlash battle ended in a double countdown, The Empress of Tomorrow and The Irresistible Force clash in a rematch for the Raw Women’s Title. Catch WWE action on WWE Network, FOX, USA Network, Sony India and more.

WWE is reviewing the conduct of Nia Jax and referee John Cone in the aftermath of the Raw Women’s Title Match this past Monday, WWE.com has learned.

At the match’s conclusion, Jax shoved Cone to the mat for refusing to count a pin while Asuka’s foot was under the rope. As Cone went along to signal for a disqualification, Asuka rolled up Jax, and Cone appeared to issue a fast three-count, awarding the victory to Asuka.

Cone explained his actions in a WWE Network Exclusive interview following the match, which you can see below.

Stay with WWE’s digital and social platforms as this case develops.

In a post-Raw interview, WWE referee John Cone explains his actions during the Raw Women’s Championship Match between Asuka and Nia Jax and addresses whether there was an easy count.

Building a genocide case for IS crimes against Yazidis

What Matters: Face it. Most kids are not going to school next month

Elizabeth Warren Drops To Fourth Place In Iowa, According To New Poll